Good news as It looks like Manchester maybe about to gain a new Direct route to Taiwan from March 2011.

Taipei, Oct. 7 (CNA) Taiwan amended an air pact with the United Kingdom Thursday, allowing for an increased number of passenger and cargo flights between the two countries from March 2011, the Civil Aeronautics administration (CAA) said that day.

Under the new agreement, Taiwanese carriers can operate 14 round-trip weekly flights from Taipei to London, up from the existing 10, effective from March 27 next year.

Manchester will be a new destination under the amended pact, with seven round-trip passenger flights per week.

According to the new pact, Taiwanese cargo flights destined for Manchester will enjoy the Fifth Freedom of the Air, meaning that Taiwanese carriers can fly cargo from Manchester to destinations elsewhere in the world.

So to sumerise what may happen

passenger flights
China Airlines will operate 4 weekly scheduled Airbus A340-300 from March 2011 while Eva Air may take up an option to run a 3 weekly service to be operated by Boeing 777-300 but this is not comfirmed as they may wanna stay soley down at London Heathrow for there Passenger operations.

Freight Flights
China Airlines currently operate 3 weekly Manchester-Taipei flights with Boeing 747-400F's this will increase 5 weekly in March next year and is most likley going to shared with Eva Air if they dont take ths passenger flights as they wanna use an MD11 on a 3 to 4 times weekly service.

China Airlines Cargo have re-filed their slots from October. They will operate 1 weekly B747F on Sundays routing TPE-AUH-FRA-MAN-TPE.

Secondly, Saudi Arabian have confirmed they will re-start Manchester flights next year:

We have new destinations like Toronto and Los Angeles and we will operate to Manchester in Britain next year
Click to expand...

Saudi now in GDS previews but not yet bookable.

Thanks for the update user001
U

Ive done this on another forum, so, will copy and paste over here:

Lufthansa Cargo:
Now increased to 4 times per week, with MD11 on Mon, Tue and Thu with brand new B77F on Sun.

Cathay Pacific:
Will switch to the larger and newer B747-800 on April 2nd.

New based aircraft from Summer 2014

Aegean:
Increase Athens to 3 weekly and increase season from April instead of June

PIA:
Increase Islamabad from 3 weekly to 4 weekly from 22nd November.

Plenty of football charters at present. So far Volotea, Atlantic Airways, Vueling, Orenair and Aeroflot have made an appearance, with more Aeroflots likely now they are MAN U's official carrier
U

Aer Lingus Regional has increased Shannon-Manchester from the current 2 daily to 3 daily from April.

From April next year, Aer Lingus will operate up to 12 daily flights to Manchester (6 from Dublin, 3 from Cork and 3 from Shannon), so not a bad increase.
U

An interesting table at the bottom of this article giving the size of the UK-China market.

Unsurprisingly, LHR is the largest market, with MAN and BHX taking the next 2 spots.

However, a good indicator for routes is that MAN is more than twice the size of the BHX market share, and I assume it does not take Hong Kong into account as that alone is responsible for 136,000 journeys on MAN-XXX-HKG.
U

Air China have apparently in the last 2 weeks applied to serve Manchester on a 4 weekly basis, with the option to tag onto another EU destination if required. Route is to start Winter 2014 if slots used.

The route will be pending the revised bilaterals between China and the UK next year.
U

Rumours that MAN is in the running for a new transit flight.
2 other airports also in the running with their own strong cases, but, would be a real boost to MAN is this came to fruition.

The airline has served MAN in the past, and has served a similar route to the proposed in the past. Both have failed before so time will tell why this time would be any different.
U

Seems MAN really has had a boost of long haul this year.

After 6 new long haul routes and increases on 4 more, PIA are to join the party by increasing Islamabad flights from 4 weekly to Daily in June.

With 2 weekly Lahore and 3 weekly 1 way KHI-LHE-MAN-JFK, PIA is now 12 weekly at Manchester.

Also, Emirates could move their Milan-JFK flight to MAN as MAN was just pipped to the route by Milan but, now a judge has ruled Emirates must stop the Milan-JFK sector on April 1st 2015.

Phenomenal success from MAN this year; CX definatley the cherry on the cake – this is the one route I think will be the runaway success and I don’t think it will be long until this flight goes daily.

However I have to say I think the proof of the pudding will be next year's eatings when we see which ones actually come back; Air Canada Rouge’s fares to YYZ were eye-watering for a supposed low cost airline – the last time I checked it was considerably cheaper to fly mainline from LHR. I also have reservations about CLT – can AA/US really sustain four flights a day to four separate hubs? To be fair I’d have thought BOS or even DFW would have been safer options as they would carry more O&D pax. The fact that they’ve already brought forward the end dated slightly doesn’t bode well from my perspective.

JED is an interesting one; I hope it doesn’t suffer the MAD effect were you go from no carriers to a sudden overkill. But with two carriers on the route; both of whom going after the connecting pax to the Indian sub-continent – it could end up a bloodbath. I also worry about an airline such as Flynas; historically we’ve seen airlines such as these expand too quickly into new markets and end up with their fingers burned. With PIA increasing their flights, EY and TK upping capacity, continual rumours about EK going x4 daily – I just think that something will have to give somewhere; especially where the middle-east is concerned.

Having said all that 2014 will definitely be a year to remember and I truely wish every new route every success.
U

Looks like Thomas Cook are to introduce New York JFK and Miami from Manchester, as they have appeared in the direct destinations section but not bookable yet.
U

Some very quick momentum growing that Manchester-Beijing is not that far from being launched.

Back when Hong Kong was announced Charlie Cornish, MAG boss, stated he was in advanced talks with a Chinese operator for Beijing flights.

Then it emerged Air China had applied for an addendum to the UK-China bilateral to allow MAN-PEK flights.

Now, Ken O'Toole, MAN's routes man, has said Beijing could be announced 'in the coming months'.

Interestingly, MAG are holding a big press event in Beijing on 9th June, so, could be interesting to see if anything emerges from that.

That sounds extremely promising and would be excellent news for the North of England.
U

Providence airport, near Boston, has announced that 2 new airline routes to Europe will be announced in the next few weeks.

Now, I think this has Thomas Cook to Manchester and Condor to Frankfurt written all over it.

Firstly, 2 airlines are due to announce flights, and given Providences size, it makes sense that 2 airlines from the same group could have been bagged.

Secondly, Boston keeps appearing in the Manchester destinations section on flythomascook website, yet no flights bookable.

Like I say, it has the TCX group written all over this, and given they have said it will be 2 airlines with 2 weekly flights each, Im struggling to think of who would fit that bill, but I suppose time will tell
U

3 new long haul routes are to be announced in the next few weeks.

One is TCX to Providence, USA. 2 weekly on Tue and THU.

The other will be a Canadian airline with B737's.

All confirmed, just awaiting the announcements. 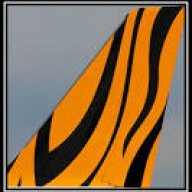 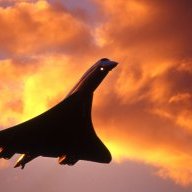 user001 said:
3 new long haul routes are to be announced in the next few weeks.

One is TCX to Providence, USA. 2 weekly on Tue and THU.

The other will be a Canadian airline with B737's.

All confirmed, just awaiting the announcements.
Click to expand...

I heard a rumour Westjet were looking at european flight ?

andyc941 said:
I heard a rumour Westjet were looking at european flight ?
Click to expand...

I was thinking the exact same thing having just read this ........

We are not much further East
U

Looks like Thomas Cook are to introduce New York JFK and Miami from Manchester, as they have appeared in the direct destinations section but not bookable yet.
Click to expand...

Posted this in April, long before the flights were announced.

Well, looks like MAN is finally going to get its West Coast USA flight, as, in exactly the same way JFK/MIA appeared in the booking engine, Los Angeles has now appeared as a direct TCX MAN destinations, with no flights bookable.