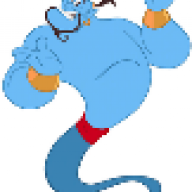 Passengers were forced to evacuate a plane after the landing gear collapsed at Philadelphia International Airport.

All runways at Philadelphia International Airport have reopened after a U.S. Airways plane failed to take off and the landing gear collapsed on Thursday evening.

The airport said the runway where the accident happened reopened at 8:30 a.m. Friday, some 14 hours after the incident.

As many of us may be aware, PHL is beginning a massive expansion of their cargo operations which seizes a long time opportunity for the airport. Before this project was proposed, the plan was to improve the airport's capacity through runway and terminal improvements, but because airlines got more efficient in the last few years which reduced PHLs total aircraft operations. Combine that with the COVID downturn and capacity enhancement becomes a non issue. But we what about after the caro expansion? It's almost certain that traffic will return to pre-Covid levels, and the passenger traffic was continuing to grow before the downtown so it may be safe to assume that capacity will need to be addressed.

In this hypothetical idea, the original plans from the Capacity Enhancement Program are modified to take advantage of certain competitive advantages that PHL has over it's competitors. One of those advantages would be to be the only large northeast airport to offer the large, single terminal concept. Because of the way the current complex is laid out that can happen through modification. The large single terminal is the common feature at most new or recently modified airports around the world. For competitors of PHL, none can really do it without a complete tear down, redesign, and realignment of all of their terminals. At PHL, the infrastructure is already there. This idea keeps all the recent improvements too, such as terminal A West, terminal F, the rotunda at the end of Terminal E, the Terminal D-E connector, and doesn't call for off-site businesses to relocate nor buildings to be demolished.

The second major competitive advantage...or at least I think...is the airport is the only large one in the Northeast located on a large, flowing river. Can that be taken advantage of to perhaps allow the airport to generate its own power? This ties into other needs and desires PHL had in it's CEP, one of which was the third parallel runway. It was going to be placed 1500 feet south of centerline of runway 9L/27R. This idea places it 3000 feet south and is built on river fill. Yes... thats expensive and will require environmental studies and hoops to jump through, however most of the airport is already built on river fill. The 3000 foot placement makes the runway completely independent of the other runways. It should be noted that something will need to be built there anyways, as sea level rises will make the airport more vulnerable to storm surges in the coming decades. It is in this structure where the channel can be placed to power the electric turbine.

But what about the shipping channel? Well...this doesn't go out far enough to negativity affect ship traffic. As a matter of fact, it doesn't involve narrowing the river more than Little Tinicum Island does and leaves 2000 feet of water width. If you check the ship traffic on this part of the river, all large ships pass much closer to the NJ side, as I'm pretty sure that's where the dredging is at that location. This also doesn't impede the onsite Sunoco dock nor does it call for anything to be done to Fort Mifflin. As a matter of fact none of this idea calls for demolishing anything onsite nor the relocation of any off-site businesses or roads.

This idea also lengthens two other runways and once that's completed, calls for the optional demolition of Runway 9R/27L. The reason for this is because that runway would be less effective if all four others were completely independent of each other, and would provide the airport with room for expansion of the cargo project, or the terminals without having to look at other parts of the property.

Welcome to the forum, twolfe0.

I was lucky enough to visit PHL when I was a kid (10 years old back in 1974). We were visiting from the UK and staying with my Uncle and Aunt just outside Philadelphia. My interest in aviation was obvious (I would run outdoors to see any aircraft fly over), so my Uncle suggested we go over to PHL one evening and spend a couple of hours on the observation terrace. This was back in the days when B707's, B727's and DC-8's etc were still plentiful. As you can guess, I loved it. I would imagine that PHL has changed a lot since then.
As well as a wonderful holiday, I also discovered something else. This was Scrapple (which I believe is a Pennsylvanian speciality and my uncle said contained every part of the pig except the squeal). My uncle gave me some for breakfast on the first day that we were there. I liked it so much, that I had it every morning for the two weeks we stayed.

Yeah, I like to call Scrapple "Pennsylvania Paté....LOL. Ironically, another thing about PA is while our infrastructure sucks overall, our airports strictly by circumstance are almost all better than average. Pittsburgh, Harrisburg, Scranton, and Allentown all have nice airports.

PHL is nice at the ends of the terminal complex, but the middle terminals are more like, if I were to make a comparison, like Penn Station and in need of an upgrade. Ive read that because of their proximity to each other it's a nightmare for pilots to get in and out of there, which is further exasperated by the realtive lack of runways.

After going through there so many times I got motivated to nerd out and redesign the airport myself. LOL.