Jet2 going from strength to strength at STN

Think we always knew that when Jet2 finally got into the London Market, they would have to grow rapidly!

And they've not even started with the city break routes so to speak. e.g. PRG, KRK, BCN, VCE, FCO etc.

As part of this - PMI's last STN flight for Summer 18 season departs on the 18th November 2018. Flights then re-start for the Christmas period on 20th December till 6th January (just like MAN) before re-starting on the 7th March slowly increasing to 5 weekly.

Corfu = Increases from 2x to 3x with the introduction of a Sunday departure.

Hot on the heels of marking our first anniversary at London Stansted Airport, Jet2.com and Jet2holidays is announcing even more growth at the base today. As locals continue to flock to the sunshine and the ski slopes from London Stansted, 90,000 additional seats are going on sale over the summer and winter to meet this demand, with a tenth based aircraft coming into the fleet to support this expansion.

The new aircraft will come into operation from July, in direct response to continued demand for great value package holidays during the summer, as well as demand for sunny escapes and ski flights during the winter.

We are adding 50,000 seats to the most popular destinations for Summer 18, giving holidaymakers a hol lot more sun, choice and flexibility. In addition to that, another 40,000 seatsare going on sale for Winter 18/19, with more flights to winter sun and ski destinations, including a brand new ski route to Turin.

This also means the creation of more new positions in Flight Deck, Ground Operations and Cabin Crew roles, on top of the new 120 jobs that we announced recently.

We will fly to 33 sun and city destinations from London Stansted in Summer 18, and thanks to the addition of this new aircraft holidaymakers can look forward to more flights and holidays to some of their favourite destinations such as Lanzarote, Tenerife, Majorca, Reus, the Algarve, Madeira, Corfu, Zante and Turkey.

We will also fly to 26 destinations from London Stansted in Winter 18/19, including a brand new ski route to Turin, meaning skiers and snowboarders access can ski it to believe it in Italy’s best Alpine resorts, on top of existing ski routes to Geneva, Grenoble, Salzburg and Lyon. In addition, we will be adding more flights to great Winter Sun destinations such as Alicante, Faro, Madeira, the Canary Islands and Antalya.

Since our first flight from London Stansted on March 30th 2017, we have flown more than one million customers to and from our newest base, and strong demand has enabled us to enjoy continued growth. At launch we operated six aircraft at the base whereas today’s announcement means there will be ten based aircraft at London Stansted from July.

Steve Heapy, CEO of Jet2.com and Jet2holidays said: “Just last week we announced how successful our first year at London Stansted has been, and we are delighted to be building on that with more good news today. The addition of a tenth based aircraft at London Stansted means we are creating even more new jobs in the local area, and are adding more choice, including the launch of a fantastic new ski route to Turin. Since we launched in the South of England, we have been constantly adding more choice for holidaymakers with our award-winning airline and tour operator, and that is down to the continued demand that we have seen from customers.”
Click to expand...

I'm not sure if this has already been mentioned but STN has a weekly Lleida on Sunday mornings from Dec 23rd until March 17th.

STN is really paying of for Jet2 - i'd expect this route to probably operate out of MAN soon. The next obvious missing on on the ski network is INN.

Looks like there is some expansion for the route network at STN for Summer 19:

STN now has 190 weekly departures taking it to the 3rd largest base in the Jet2 network. There is a 21.8% increase YOY growth in weekly departures at STN. This is without taking into consideration any seat growth and what aircraft they'll be using.

Turkey is really bouncing back and is seeing great growth at STN.

This year we've seen the 767 and i've heard it is going out of STN full. So i wouldn't be surprised to see the titan 767 at STN next year.

The press release. An aircraft extra; 12 now based at STN.

Give this a good read everyone.
R

Two new routes for S20 to Zadar and Preveza, both 2x weekly.

There is however gaps in the weekly schedule so i would expect some increases to happen later on the in year:

Quite a bit of expansion could happen from Thursday through to Sunday in the afternoon with 1 gap been filled on a Friday AM. 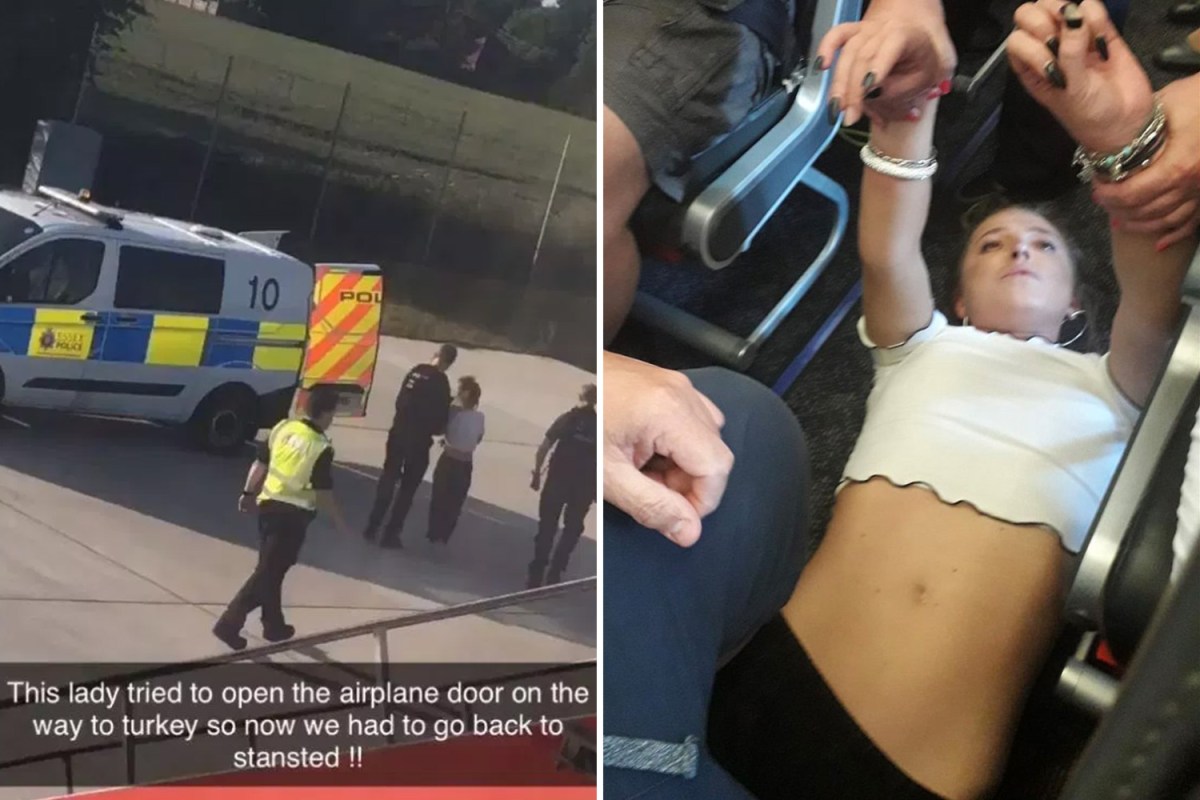 A WOMAN was marched off a Jet2 plane in a hijack scare when she allegedly “rushed the cockpit” and threatened to kill passengers. Two RAF Typhoon fighters were scrambled to intercept th…

This makes me soooooo angry

A WOMAN was marched off a Jet2 plane in a hijack scare when she allegedly “rushed the cockpit” and threatened to kill passengers. Two RAF Typhoon fighters were scrambled to intercept th…

This makes me soooooo angry

Jet2 will pursue all associated costs i wouldn't worry about that.

Sadly, our government that has zero back bone, will entitle her to legal aid should she be entitled to it for her court case no doubt and will not claim back any costs with the deployment of the RAF fighter jet. In my country - she would be banned from ALL air travel leaving and arriving into the UK.

The one good thing which should be highlighted is the response of our RAF. That is, and will always remain, a credit to us.

NEW ROUTE: Jet2 are to launch 2x weekly (Thu & Sun) flights between London Stansted - Tivat in Montenegro from May 2020

According to ACL Jet2 have acquired 62 slots per week previously held by Thomas Cook.

Ray Finkle said:
According to ACL Jet2 have acquired 62 slots per week previously held by Thomas Cook.
Click to expand...

8.8 slots per day, are slots worked out as a pair?

Unbelievable growth from Jet2 in STN.

Its 31x weekly slot pairs in total, Thomas Cook use to have 2x based aircraft at STN.
You must log in or register to reply here.
Share:
Facebook Twitter Reddit Pinterest Tumblr WhatsApp Email Share Link
Top Bottom
AdBlock Detected
Sure, ad-blocking software does a great job at blocking ads, but it also blocks some useful and important features of our website. For the best possible site experience please take a moment to disable your AdBlocker.