John Challis, Boycie of Only Fools and Horses has died, 79. He lived in rural Shropshire in his later years. Often featured on local TV and radio interviews.
H

Regarding John Challis, i understand he lived in Leintwardine, Herefordshire ( not Shropshire). RIP.

Superb characterisation as 'Boycie'. Fools and Horses had a marvellous ensemble cast of which John Challis was a major part.

Sincere condolences to his loved ones. RIP.

How he kept that 'dead pan' expression all of the time, beats me.

RIP John and thanks for so many laughs.

It seems that scarcely a month goes by now without the death being announced of another of England's 1966 World Cup-winning squad.

Today we learn of the death of Roger Hunt, aged 83, after an illness. I believe the only members of the 1966 World Cup-winning team alive now are Sir Geoff Hurst, Sir Bobby Charlton and George Cohen.

Roger Hunt was the type of player I admire: unassuming; not keen on the limelight; would not know the meaning of gamesmanship and cheating; a gentleman on and off the pitch.

He was also a goalscorer supreme, both for England and for what was undoubtedly the first great Liverpool side, the one in the 1960s managed by Bill Shankly. He scored three of England's goals in the 1966 Finals yet is probably one of the least remembered members of that team; away from Merseyside that is. In Liverpool he is still revered and was known as 'Sir Roger'.

One piece of 'evidence' that some football people use to 'prove' that Geoff Hurst's 'was it really over the line?' goal was a bona fide goal is that Roger Hunt could have put the rebound into the net but chose not to as he could see the ball had crossed the line. Now I doubt that any footballer would have done that but it does lend testament to the fans' view that 'Sir Roger' was completely honest and far removed from the unscrupulous behaviour that pervades much of the modern game.

Sincere condolences to Roger Hunt's loved ones and many thanks for the memories. RIP. 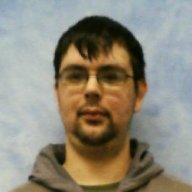 Some breaking news today, a cornish legend, comedian Jethro has passed away from COVID: https://www.falmouthpacket.co.uk/news/19784746.cornwall-comedian-jethro-died-catching-covid-19/

Very sorry to hear about Jethro. I had just finished reading the sad news in my local rag. He was 73.

I sometimes look at one of the Jethro videos on YouTube when I want cheering up. The language can be 'fruity' but I never found his comedy vicious as happens with some modern exponents.

I suppose his best-known joke is 'This train don't stop at Camborne on Wednesdays'. I still laugh when I listen to it.

As a tribute to Jethro - real name Jeff Rowe and he was a more than decent rugby player in his youth - this is the said Camborne joke.

My mum loved Jethro, personally I've never really got into comedians but from what I was told, the man was a legend!

Ashley.S. said:
My mum loved Jethro, personally I've never really got into comedians but from what I was told, the man was a legend!
Click to expand...

I found him to be an extremely funny man. I loved his Cornish accent which as he was Cornish meant it was genuine. It added to the way he told his jokes.

I did read a couple of years ago that he was in the early stages of dementia which if true must have bee devastating for someone who relied so much on his wit.

Our son and daughter-in-law saw him perform 'live' more than once.

Sadly, a few more deaths to report from the past few days:

With regards to Boycie, the character in Only fools purchased his bolt hole in Shropshire to escape the Driscoll Brothers. Sadly missed.

JENNYJET said:
With regards to Boycie, the character in Only fools purchased his bolt hole in Shropshire to escape the Driscoll Brothers. Sadly missed.
Click to expand...

I love Only Fools and Horses. There are numerous clips on YouTube and I dip in regularly.

Boycie et al will live for ever even though the wonderful actors who gave them life will leave us, as some have already done as has the incredibly talented creator and script writer John Sullivan.

Saddened to read that England and Yorkshire cricketing legend Ray Illingworth has passed away, aged 89. 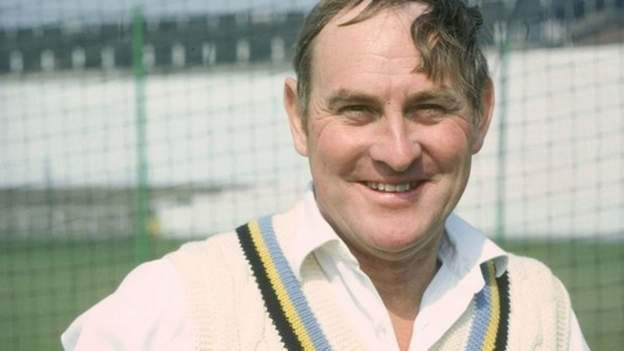 Former England captain Ray Illingworth has died at the age of 89, Yorkshire have announced.

A test class bowler, a more than useful late order test batsman and a captain the like of which is rare in the modern game. He was a leader by example and by temperament.

Thank you for the memories. RIP.

And a disciplinarian, something sadly missing from the game. Thank you Ray Illingworth.

Richard Leakey FRS - Palaeoanthropologist and Conservationist has passed away aged 77. 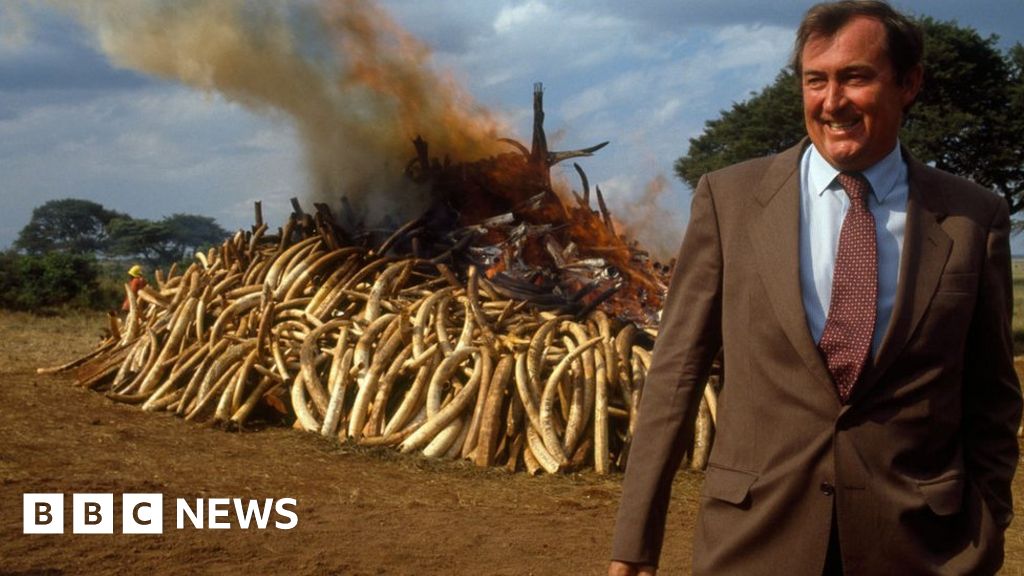 The Kenyan, who died at 77, was famous for his campaigns against poaching and work on human fossils.
www.bbc.co.uk
Click to expand...

Kenyan, Richard Leakey followed his parents in the field of Palaeoanthropology and and his work contributed to the discovery that Africa was the birthplace of Humanity. He was also heavily involved in conservation efforts including setting fire to a huge pile of Elephant ivory that had been confiscated from poachers.

RIP Richard and thank you for your insightful discoveries and your work in conservation.

Charles McGee - US Pilot with the legendary WWII Tuskegee Airmen (The Red Tails) has passed away aged 102. 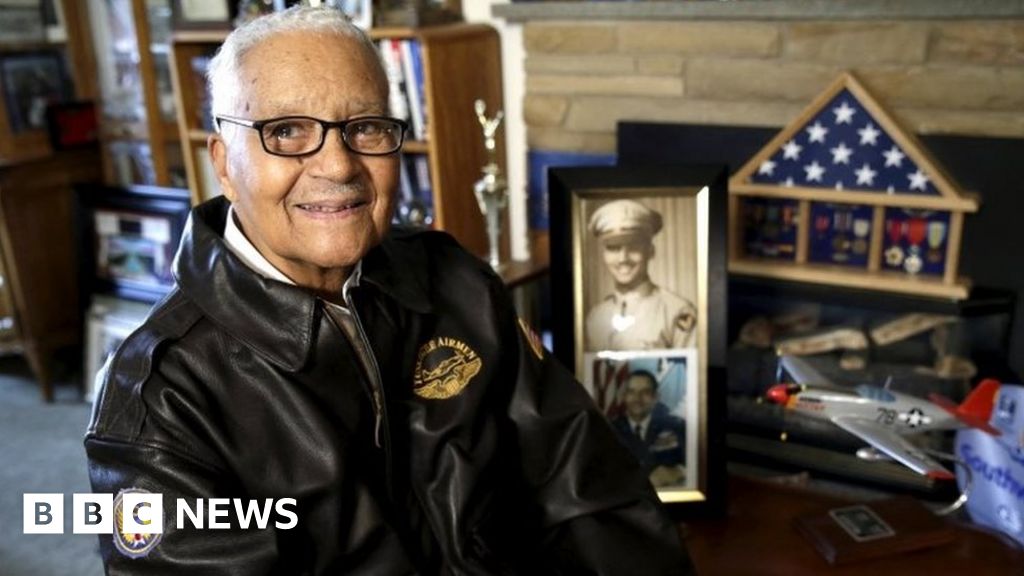 A member of the first all-black aviation unit, the Tuskegee Airmen, he flew more than 400 missions.
www.bbc.co.uk
Click to expand...

Blue skies, Mr McGee and thank you for your contribution to racial equality.

Shocked and saddened to learn that US Rock singer Meatloaf has passed away aged 74. 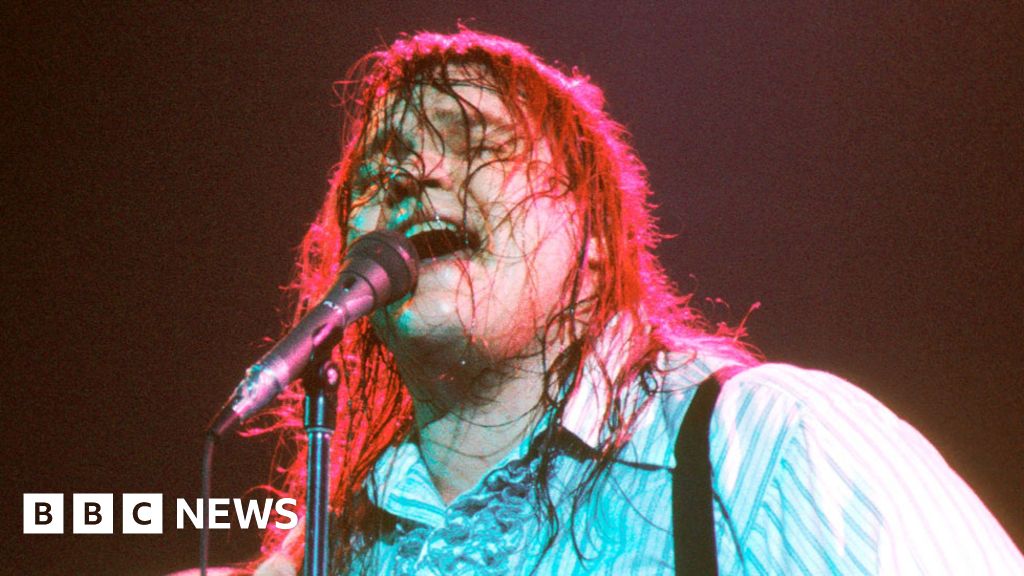 Meat Loaf: Bat Out Of Hell singer dies at 74

The US rock star's Bat Out Of Hell album is one of the best-selling of all time.
www.bbc.co.uk
Click to expand...

RIP Meat Loaf and thanks for all the amazing songs (there can't be many people who haven't heard 'Bat Out Of Hell').

Heard earlier today and it definitely came as a bit of a shock.

I never disliked Meat Loaf but it wasn't until I met Mrs F (a massive fan thanks to her parents) that I really appreciated just how good his music is. I was lucky enough to see him live at Warwick Castle and it truly was an outstanding show.

Rest In Peace Meat Loaf, the world of music is definitely now a poorer place
You must log in or register to reply here.
Share:
Facebook Twitter Reddit Pinterest Tumblr WhatsApp Email Share Link
Top Bottom
AdBlock Detected
Sure, ad-blocking software does a great job at blocking ads, but it also blocks some useful and important features of our website. For the best possible site experience please take a moment to disable your AdBlocker.