What are you listening to now? MKII

Click here to view article text
I think we can kick this one off with a bit of Ebeneeer Goode. Lavellyyy

Nickelback - Holding on to Heaven 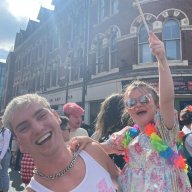 I've been listening to Jessie Ware again recently in anticipation for her new album 'What's Your Pleasure?' which is released this month. She's got some really good tracks.

Yes, huge congratulations to Liverpool. I so wanted them to get this, this season (I had hoped they'd win it last season, but they missed out on the closest of margins). I'm not particularly a Liverpool fan, but have great respect for what they have achieved over the last couple of seasons and also in the past.
The only thing that could have made it better for them, would have been to have the title confirmed with a home win at Anfield in front of a sell out crowd.

Inspiral Carpets and Biggest Mountain, Sounds as fresh now as it did back in 1990,