I saw one of their 400s at Manchester a couple of weeks ago. 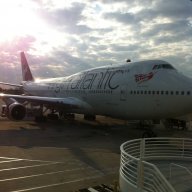 Virgin Atlantic have disposed of 4 of their 2002 built Airbus A340 600 aircraft over the last few weeks according the the website www.thevssource.com. This appears to be since the introduction of several A330 300's to the fleet this year. If they were going by age it seems odd that they're keeping the older B747 400's and disposing of the younger A340's so there must be another reason for keeping the -400's. I assume the A340's are too big to be considered by the likes of Jet2? 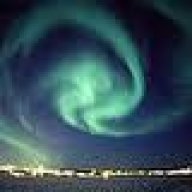 They are intially disposing of the A343/6's due to the inefficiency of the aircraft and the fact that now Airbus have discontinued production of the model, maintenance becomes a little more complex. There aren't many of them around nowadays, and I have heard that Emirates are currently disposing of theirs with Lufthansa and Qatar to follow suit in the not too distant future.

I think the B747 is a lot more economical compared to the A340 and there isn't a direct replacement for that aircraft, until their A380's arrive! They have more A330's on order to replace the A340's as well as some B787's!

Here's an article I read from the VA website:

Our partnership with Boeing - we have partnered with Boeing to help us in our quest to become the most sustainable airline in the world. We ordered 15 787-9 Dreamliners in April, which burn around 27% less fuel per passenger than the A340-300 they will replace. We will also be doing a biofuel demonstration with Boeing, Virgin Fuels and engine maker GE Aviation during 2008 which will be the first worldwide by a commercial airline.
Source: http://www.virgin-atlantic.com/en/gb/al ... ctions.jsp

are there any 747 -8's flying in passenger service yet?? I know there are some freight versions around.

By the way thanks Tom for your detailed reply

No problems, Michael. I do believe Lufthansa do have a couple of B748's flying around out of their Frankfurt base.
J

Luthansa currently use them on there Frankfurt - Washington DC. It would be good though for Virgin to order a few.

Departing Virgin Atlantic boss Steve Ridgway expects the airline to extend its growth spurt, including a long-awaited foray into Latin America, after he retires next summer.

The race to succeed Ridgway has already begun, with the carrier’s chief commercial officer Julie Southern and Air New Zealand chief Rob Fyfe among the contenders.

Virgin Atlantic have finally won the rights to operate short-haul domestic routes out of Heathrow. They have been also been granted access to fly into; Edinburgh and Aberdeen to compliment their proposed Manchester route.

You do have to wonder how long all this new emphasis on short-haul flights to the regions will last. I'm not knocking it, in-fact I think it's what any good hub needs to ensure weaker route survival. Similarly to the new BA route from LBA to LHR, this is likely to be only a short to medium term venture by Virgin whilst the World economy isn't so great. Once the economy starts to pick up the slots will be quickly needed for more yield producing routes.
R

A WALL STREET JOURNAL ONLINE NEWS ROUNDUP
Delta Air Lines Inc. DAL +0.30%agreed to buy a 49% stake in Virgin Atlantic Airways Ltd. for $360 million, a deal that will boost the U.S. carrier's presence at London's congested Heathrow Airport and continue a run of cut-price deals to expand its network.

The No. 2 U.S. carrier by traffic acquired the stake from Singapore Airlines Ltd. C6L.SG +0.66%Virgin Group and founder Richard Branson will retain the majority 51% stake and Virgin Atlantic Airways will retain its brand and operating certificate, the companies said in a statement Tuesday.

Delta is already the largest U.S. carrier by traffic on routes to Europe and Asia, but it trails rivals AMR Corp.'s AAMRQ +0.17%American Airlines and United Continental Holdings Inc. UAL +1.85%on services to Heathrow, the world's busiest international hub and a rich source of premium business driven by the city's financial-services sector.

Virgin is the third-largest airline at Heathrow, where takeoff and landing slots suitable for trans-Atlantic flights are a highly prized commodity as the airport is running at full capacity. Continental Airlines, a predecessor of United Continental Holdings, in 2007 paid $209 million for just four daily pairs of slots at Heathrow. Virgin controls enough slots to operate 304 flights a week.

Singapore Airlines paid £600 million ($962 million) for its Virgin stake in 1999, though it didn't pursue integration with the U.K. carrier.

Rival British Airways , IAG.MC +0.66%part of International Consolidated Airlines Group SA, controls almost 50% of the slots at Heathrow and is the dominant player on flights to the U.S., operated in partnership with American Airlines in a joint venture that enjoys the same antitrust immunity Delta is expected to pursue with Virgin.

Delta passengers would be able to connect to Virgin's long-haul routes out of London and take advantage of some new domestic short-haul flights the U.K. carrier plans to add next year.

Atlanta-based Delta had more than $5 billion in cash at Sept. 30 and has been innovative in deploying resources. It bought an oil refinery to smooth volatility in jet-fuel prices, continues to buy or lease older, used aircraft it can park if demand declines and picked up minority stakes in two Latin American carriers—Aeroméxico and Brazil's Gol—to boost its presence in the region.
Click to expand...

Less CO2 per passenger by air than by car says Virgin

In its 2013 sustainability programme update, published this week, the airline states that last year its CO2 emissions per passenger kilometre (PK) fell to 119.3g.

Virgin Atlantic have finally won the rights to operate short-haul domestic routes out of Heathrow. They have been also been granted access to fly into; Edinburgh and Aberdeen to compliment their proposed Manchester route.

Well it seems the Virgin Atlantic venture into domestic air travel will be short lived given the latest press reports suggesting the Little Red is to close.

We will stop flying the Little Red services between Manchester and London at the end of March 2015 and the Aberdeen and Edinburgh services at the end of September 2015.

Virgin's latest 787-9 G-VYUM is due into LHR on its delivery flight.
R

A Virgin flight from LHR to JFK had to turn back over Ireland after one of the pilots suffered eye problems following a laser pen attack on takeoff:

Virgin Atlantic Airways has signed an agreement with Flybe Group to feed passengers from it's smaller European cities onto Virgin flights to the United States and the Caribbean. As many as 14 Flybe destinations will be able to benefit from Virgin's Manchester operation. 4 cities will have access to Virgin's Glasgow flights and Newquay in Cornwall will have access to the Virgin flights through London Gatwick.

Virgin are mulling a low-cost, long-haul Gatwick operation to compete with the likes of Norwegian.