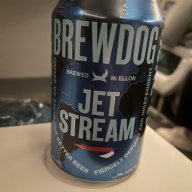 TheLocalYokel said:
If the wind dictates that it's 09 again tomorrow and the forecast turns out to be correct I suppose there might be a repeat of today.
Click to expand...

Looks like your prediction was right. 2 currently in the hold overhead... (2 x RYR)

MrFenner said:
Looks like your prediction was right. 2 currently in the hold overhead... (2 x RYR)
Click to expand...

Looks as though one of the Ryanairs (from Alicante) diverted to Stansted. Everything else now appears to have landed at BRS this morning.
K

TheLocalYokel said:
Looking at FR24 and listening to the departing airport (sic) above my house it seems that the non-Cat3b runway 09 is in use today. The forecast was for mist this morning as it is for tomorrow early morning. If the wind dictates that it's 09 again tomorrow and the forecast turns out to be correct I suppose there might be a repeat of today.

As a matter of record easyJet flights from Belfast International and Glasgow were diverted to Cardiff Airport as was an Aer Lingus flight from Dublin.

easyJet diverted a flight from Edinburgh to Birmingham Airport, as did Ryanair with flights from Poznan, Malaga and Palma.

The BRS website is showing Ryanair's return sectors to Poznan, Malaga and Palma as cancelled, as was the return Aer Lingus flight to Dublin (nothing shown suggesting passengers might have been bussed to the diversion airports).

Incidentally, my wife heard something on the local lunchtime news about the airport working on equipment that caused the aircraft to divert. She's not interested in aviation and was only half listening but did mention it to me later.
Click to expand...

The Runway 27 ILS has been unavailable for about a month whilst a new one has been installed. Commissioning flight checks have taken place yesterday and today which, if successful, will be followed by more ground testing. The ILS is then required to be soak tested for a short period before returning to Cat 1 operations, hopefully on Saturday evening. Cat 3b landings will recommence after a further 300 hours of fault free running - the ILS will generally not be available on Runway 09 during this period, unless the weather dictates that it is required for landing. All being well the airport should return to normal ILS operations by 1st October.

There seemed to be a short period this morning when aircraft did not land. Immediately prior to that and afterwards arrivals appear to have been normal. From where I live I can see the top of Dundry and it was clear around 8 this morning but misted in for an hour or so after that. It's been clear in bright sunlight for the rest of the morning.

Two easyJets were diverted during that period: from Glasgow to Luton and from Belfast International to Liverpool. FR24 shows the aircraft concerned returning to BRS within an hour or so.

Kingshat has explained the work being carried out on the ILS - see #1,523 above.

I believe visibility is down to 600m or less.

MrFenner said:
Mother Nature is up to her usual tricks again this evening up at BRS…

I believe visibility is down to 600m or less.
Click to expand...

Ryanair from Faro and Palma both diverted to Stansted according to FR24. Everything else last night seems to have landed including nine between 2200 and midnight and five after midnight into the early hours. Although it's murky in the Bristol area this morning there are no diversions shown at the moment.

I think runway 27 has been the active one in recent days and in normal circumstances the Cat3B would have enabled most aircraft to land. Kingshat suggests that all things being equal normal ILS operations should return from 1 October - #1523 above.

I live about eight miles to the east of BRS and when I woke up this morning the fog was as thick as I can remember. Our house is around 400 feet AMSL just over 200 feet lower than BRS. I was expecting a number of diversions this morning but it seems that everything has taken off or landed.

The active runway seems to be the non Cat3-equipped 09 although according to FR24 a couple of Ryanair arrivals used 27.

Was this one of those mornings when BRS stood above the surrounding fog banks? I could barely see across the road at one point where I live.
You must log in or register to reply here.
Share:
Facebook Twitter Reddit Pinterest Tumblr WhatsApp Email Share Link
Top Bottom
AdBlock Detected
Sure, ad-blocking software does a great job at blocking ads, but it also blocks some useful and important features of our website. For the best possible site experience please take a moment to disable your AdBlocker.