I hadn't realised that UEFA had initiated a third European club competition this season called the UEFA Europa Conference League - the others are the Champions League (the main competition) and the Europa League,

Given that some clubs don't always treat the Europa League as a major tournament and will field under-strength sides, as they often do in the FA Cup which is similarly regarded as a secondary competition by many top teams these days, I wonder why it was thought necessary to bring in this third level European competition.

The idea apparently is to provide something for teams from lower-ranked member associations who frequently find themselves quickly eliminated in the other two European competitions. That said, I note that Tottenham Hotspur played in the Europa Conference League this evening, albeit with an under-strength side.

Many years ago there were three European club competitions: The European Cup (Champions League these days); the European Cup Winners Cup; the UEFA CUP - it began as the Inter-Cities Fairs Cup.

I thought there was a rule wherby if a club fielded a deliberate weakened team, a fine shall be imposed. The rule was to protect the integrity of competitions. It followed that winners of competitions were granted entry to the higher level, via qualifying rounds.
P

Tottenham in Europa Conference because they finished 7th in Premiership. Leicester in Europa League as FA Cup winners.

Perhaps it still works same as before. Promotion from Conference to League, with Champions League losers dropping into Europa League.

That's the end of my football interest.... 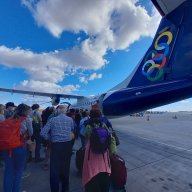 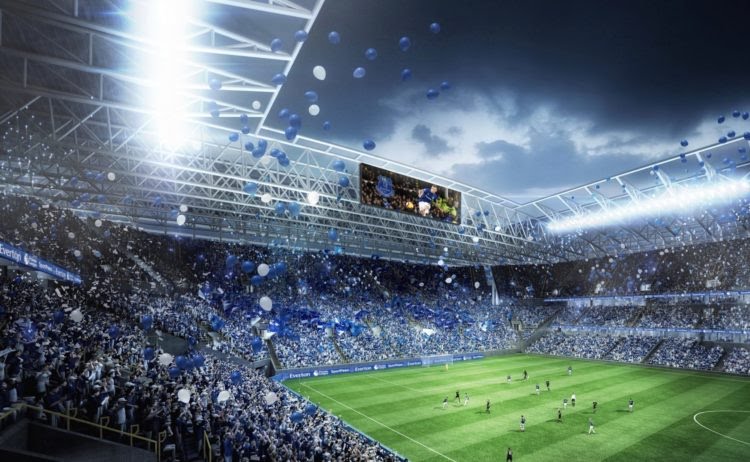 Metro Mayor Steve Rotheram says Liverpool City Region Combined Authority is ready to make a contribution worth up to £45m towards the cost of Everton FC’s £500m stadium.
On Thursday evening Mr Rotheram and the leaders of the six city region local authorities – Liverpool, Wirral, Sefton, Knowsley, Halton and St Helens – issued a joint statement saying they were ready to support the docklands stadium project with hard cash.
“This is not an investment in a football club,” said Mr Rotheram. “It’s an investment in the most significant regeneration project the city region has seen in over a decade. It will create thousands of jobs and help breathe new life into long-forgotten parts of our region.”
Everton FC and its main contractor Laing O’Rourke broke ground at Bramley-Moore Dock in Liverpool Waters in August. It is hoped Everton will leave its current home at Goodison Park in Walton and kick off the 2024/25 Premier League season at the 52,888-capacity arena.
The entire build is scheduled to take around 150 weeks in 12 separate phases. The initial enabling works are expected to take 32 weeks and are being funded by majority shareholder Farhad Moshiri.
However, Everton has yet to reveal the details of the main source of funding for the stadium construction. In 2018 the then Mayor of Liverpool Joe Anderson said the city was willing to lend the club half the £500m cost. However, the idea was abandoned with Everton insisting it would meet the whole of the cost.
Next week, Mr Rotheram and the six local leaders, including current Liverpool Mayor Joanne Anderson, will consider a grant of up to £15m to assist with infrastructure work to public space and heritage sites on the land around Bramley-Moore. This would include preserving historic features, restoring derelict land, and providing public access.
They will also consider a loan of up to £30m towards the overall project to build the club’s arena. The wider stadium project will be a vital catalyst for regeneration of Liverpool’s north docks and the area around Goodison Park.
Everton forecasts the project will offer a boost of more than £1bn to the city region’s economy, attract 1.4m visitors to the region each year and deliver an additional £237m of social value. 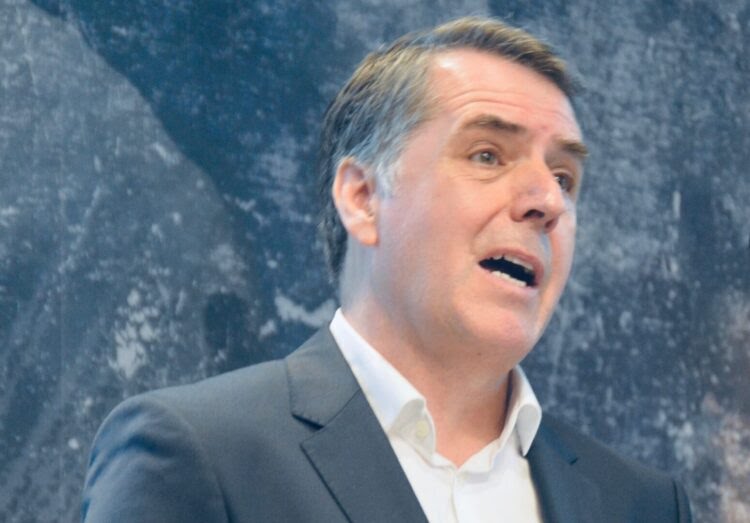 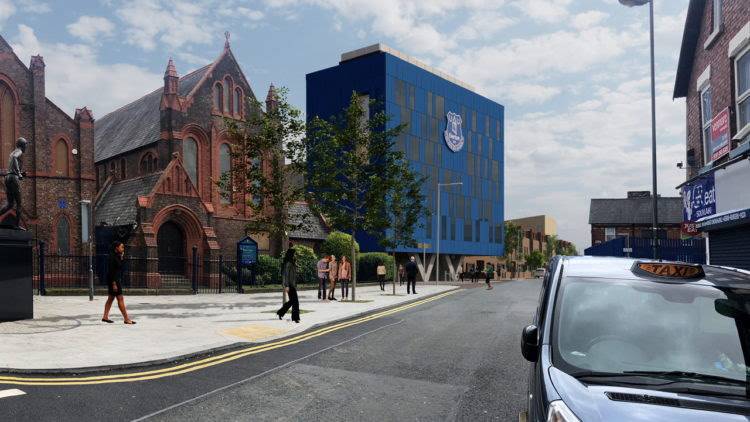 How the Goodison Park Legacy Project may look when complete 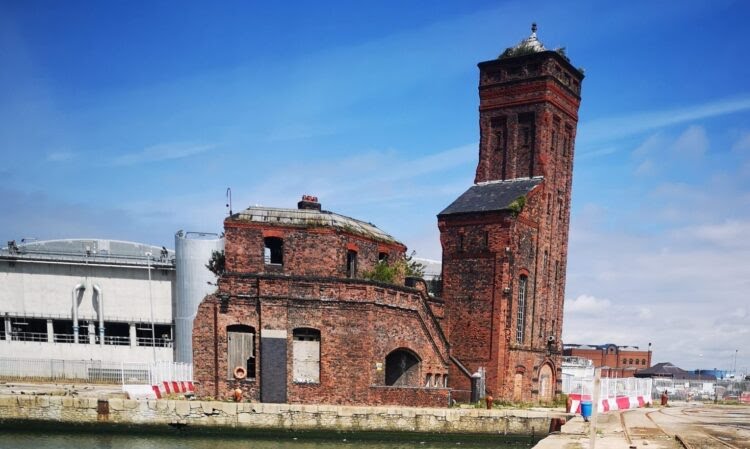 
The Combined Authority’s funding would come with conditions. They would include Everton committing to targets for employment and training opportunities for local residents and the achievement of social value.

As well as providing jobs and apprenticeships and stimulating the area’s regeneration, the loan would offer a return on investment, plus interest that could be used to fund other projects and services across the city region.

The stadium move will also kickstart the Goodison Legacy Project which will redevelop the club’s existing ground into a mix of housing, retail, office space and facilities for the community. It is estimated this will create more than £58m in social value.

As part of the deal, Everton will lead on campaigns focusing on chronic health issues in north Liverpool. Increased funding for the club’s charity, Everton in the Community, will see an expansion of its work in education, training, employment, youth projects, reducing crime and violence, supporting asylum seekers and veterans and health and wellbeing.

The joint statement said: “The Combined Authority exists to drive economic regeneration, create jobs and opportunities for local people, and breathe new life into an area that has continually been left behind by national governments.

“Devolution is all about local leaders taking control of our own destiny and working with local people to shape the future we want for our region. This project stands as one of the most significant regeneration projects our region has seen in more than a decade and will be a major catalyst for regeneration and revival.

“The financial returns generated from this investment will ensure that we are able to invest in further regeneration projects and services across the city region. Given austerity and the financial constraints that local councils continued to face, this is an innovative way of generating new money and investing to improve our region.”

A report going before the Combined Authority next Friday states: “The project provides the opportunity for transformational regeneration of North Liverpool and South Sefton/Bootle areas.

“The stadium is anticipated to attract further investment in the northern Liverpool docks area in a way no other commercial project is likely to achieve with wider impact spreading into adjacent areas such as south Sefton.”

Poshgirl said:
Tottenham in Europa Conference because they finished 7th in Premiership. Leicester in Europa League as FA Cup winners.

Perhaps it still works same as before. Promotion from Conference to League, with Champions League losers dropping into Europa League.

That's the end of my football interest....
Click to expand...

The winner of the Conference apparently receives an entry to the Europa League the following season unless they have qualified for the Champions League.

In order to encourage a greater number of clubs from the lower ranked UEFA membership entry has been divided as follows:


JENNYJET said:
I thought there was a rule wherby if a club fielded a deliberate weakened team, a fine shall be imposed. The rule was to protect the integrity of competitions. It followed that winners of competitions were granted entry to the higher level, via qualifying rounds.
Click to expand...

That certainly used to be the case but with the amount of football played these days clubs routinely make wholesale team changes from one competition to another.

It's not only the major clubs either. Last month my local team, Bristol City, played a Championship match on the Saturday then on the following Tuesday evening they fielded a completely different eleven against Forest Green Rovers in the League Cup (I can't remember the name of the current sponsor - I still think of it as the Milk Cup).
You must log in or register to reply here.
Share:
Facebook Twitter Reddit Pinterest Tumblr WhatsApp Email Share Link
Top Bottom
AdBlock Detected
Sure, ad-blocking software does a great job at blocking ads, but it also blocks some useful and important features of our website. For the best possible site experience please take a moment to disable your AdBlocker.