Commenting on the announcement, Brian Ambrose, CEO of Belfast City Airport said the new base would significantly enhance the Aer Lingus network from Northern Ireland

Belfast City Airport announced the opening of a new Aer Lingus Regional base with the launch of six routes operated by Stobart Air.

Services to Edinburgh, Manchester, Birmingham, East Midlands, Leeds Bradford and Exeter will begin on a phased basis in line with passenger demand.

From 27 August, flights from Belfast City to Edinburgh will begin, while services to Exeter will commence on 28 August. Flights to Manchester and Birmingham will operate from 14 September and to East Midlands and Leeds Bradford from 1 October.

Stobart Air will operate a high frequency schedule with convenient flight times to facilitate passengers, providing essential connectivity between Northern Ireland and the rest of the UK.

“Despite an extremely challenging environment, we’re delighted that Aer Lingus is to establish a new base and significantly enhance its UK network from Belfast City.

“As an island off an island, air connectivity with the rest of UK is critical to the enabling the Northern Ireland economy’s recovery.

“This announcement is testament to the recent investments by our shareholder in making the airport and its facilities best in class, exceeding passengers’ expectations in a location only five minutes form the centre of Belfast.”

“Not only will Aer Lingus customers benefit from a convenient schedule, award-winning service and great value; they can also avail of our innovative loyalty scheme. AerClub allows members to collect Avios reward points ‘in the air’, every time they book flights, ‘on the ground’ and ‘online’ from a wide range of brands including retailers online such as ASOS, Disney+, M&S via the AerClub eStore.

“In response to current uncertainty regarding air travel, Aer Lingus has introduced a range of measures including no change fees until the end of the year. Detail regarding steps you should take before you fly to keep yourself safe, as well as measures being taken by the airlines, can be found on our website.”

“Working with Belfast City Airport and our partners, Aer Lingus has been part of that journey and we are pleased to establish a base at Belfast City. Through six routes, we are committed to providing essential connectivity between Belfast and rest of the UK, while we will continue to be guided by the official Government guidance.

“High frequency day-return flights from Belfast City Airport to key cities across the UK will facilitate business and leisure travellers.

“Through our long-term franchise partnership with Aer Lingus, Stobart Air operates 30 routes to key destinations across Ireland, the UK and France, and we look forward to ongoing success with our franchise partner.

“Enhanced health and safety measures in line with the European Aviation Safety Agency (EASA), the WHO, and the European Centre for Disease Prevention and Control (ECDC)have been implemented to protect our customers and our staff.

“We continuously strive to provide our passengers with frequent, convenient and affordable services through our regional connections. We look forward to welcoming our passengers on board these routes from Belfast City.

The airline, following guidance from the European Aviation Safety Agency (EASA), the World Health Organisation (WHO), and the European Centre for Disease Prevention and Control (ECDC), has implemented a number of enhanced health and safety measures to protect staff, crew and passengers including:

To ensure the wellbeing of the airline’s passengers and crew, enhanced cleaning and disinfection procedures have been introduced in the aircraft cabin, in addition to the existing aircraft cleaning schedule. Each aircraft, including seats, armrests and tray tables will be subject to a daily disinfection process which provides surface protection from viruses for 24 hours.

On board measures:
Face coverings/masks are mandatory on all flights operated by Stobart Air for customers and cabin crew respectively, with the exception of children under the age of six and those who are unable to wear a face mask for medical reasons. It is recommended that these are worn from the time passengers enter the departure airport to the time they leave their destination airport.

To reduce interaction between crew and passengers, the in-flight service has been suspended.

Passengers will be encouraged to remain seated while on board.

Stobart Air has introduced new boarding and disembarkation procedures to reduce passenger interaction. Passengers will board and disembark the aircraft in small groups in accordance with seat row numbers. At the boarding gate, customers will scan their boarding card and show their passport/ID to the staff member, a contactless and safe process.

Flights are available for booking now on aerlingus.com.
Click to expand... 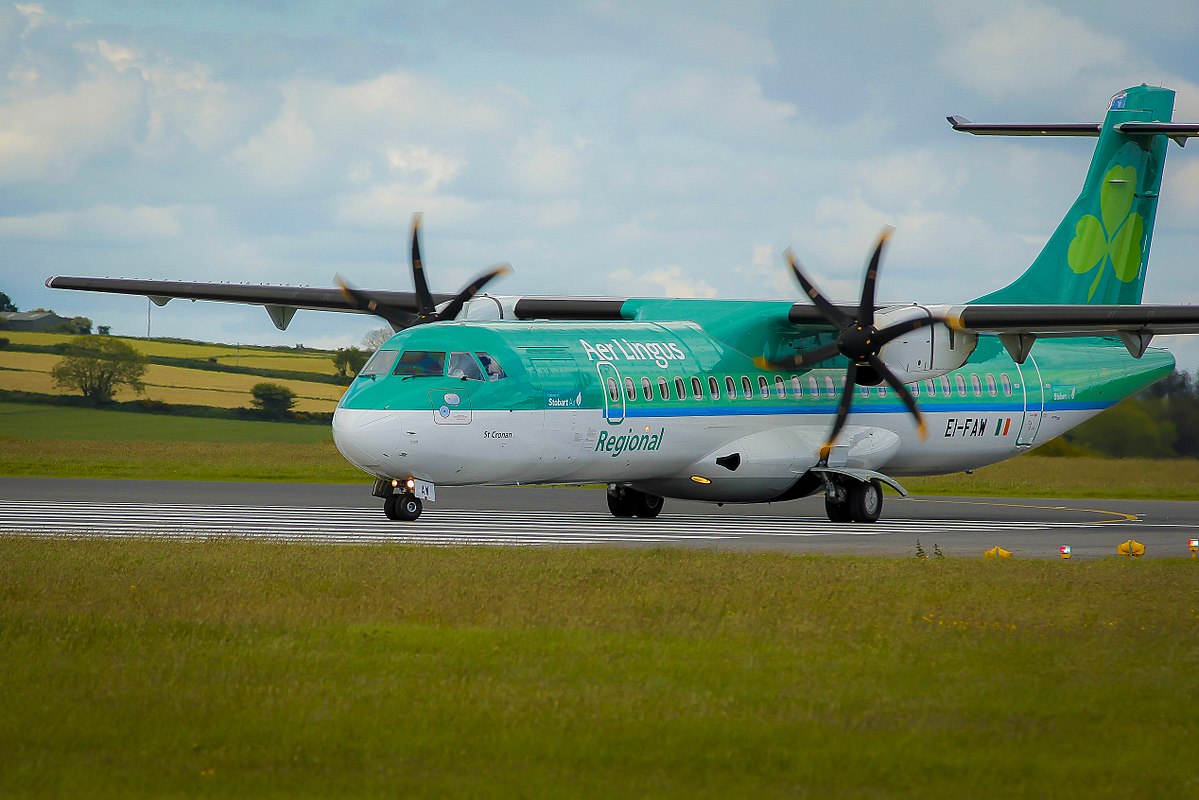 Aer Lingus and Belfast City Airport are pleased to announce that from 31 October, Aer Lingus will significantly increase its services from Belfast City

www.aviation24.be
Emerald Airlines have announced a second base at Belfast City Airport operating flights to:
Birmingham Edinburgh Exeter Glasgow Leeds/Bradford Manchester
With ambitious growth plans and further new routes to be announced throughout 2022

geoff said:
It would be good if they took over the Belfast route to and from CWL.
Click to expand...

Hopefully CWL is on their radar for future expansion.

geoff said:
It would be good if they took over the Belfast route to and from CWL.
Click to expand...

I’m thinking Cardiff, East Midlands, Liverpool and Newcastle. They would all be good routes for Emerald.
Aer Lingus Regional Announces Two New Routes to Cardiff and Southampton from Belfast City
You must log in or register to reply here.
Share:
Facebook Twitter Reddit Pinterest Tumblr WhatsApp Email Share Link
Top Bottom
AdBlock Detected
Sure, ad-blocking software does a great job at blocking ads, but it also blocks some useful and important features of our website. For the best possible site experience please take a moment to disable your AdBlocker.