Its been a Dream(liner) of a life

Its been a Dream(liner) of a life​ 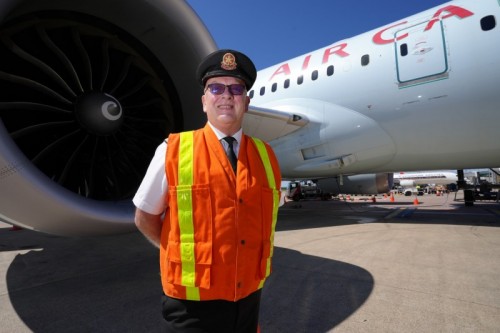 Mike Holliday started flying gliders as a 16-year-old with Air Cadets. Today the Boeing 787 Captain who is popular on social media took off from Brisbane Airport on the final flight of his decorated 49-year-long career.

Next week Mike turns 65, which is retirement age with Air Canada.
“Having a plane load of happy passengers. I feel eternally grateful for being able to live the airline life and fly a great plane like the 787 Dreamliner. It's been a blessed experience.”
But flying a Dreamliner is a long way from where his aviation career began. For 6 years Mike was a firebombing pilot, battling blazes in Canada, Italy and Chile. 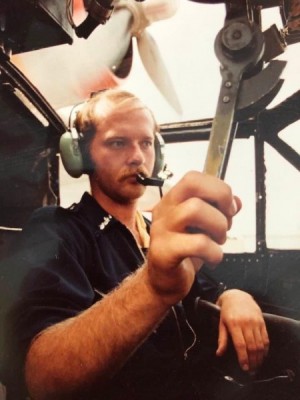 “It's dangerous work. I hit a few trees. The risks are high. It's like being a regular firefighter.”
In the 1985 Mike received the Medal of Bravery from the Governor of Canada after returning to the wreck of a burning plane to rescue his co-pilot.
Mike would then find a dream career flying commercial aircraft. It's been a golden ride ever since.
“35 years of fun and being with crew like this has been amazing. Leaving home and coming to a city like Brisbane, I would come here every week if I could. " 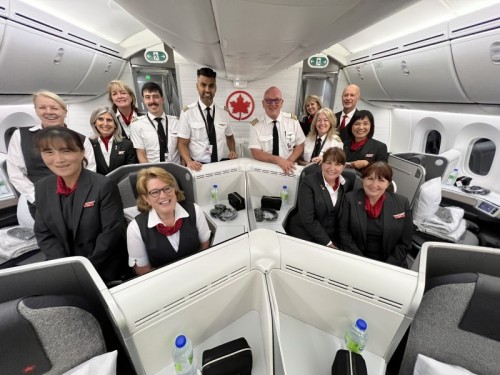 Its no secret, his favourite aircraft is the Dreamliner.
“Not only does it have incredible range to get almost anywhere in the world, it has so many innovations. Its design means it operates at a lower cabin altitude. That means passengers are less fatigued at the end of the flight. And the carbon fibre wings flex to create a very smooth ride.”
Mike Holliday is popular on social media, often sharing incredible cockpit images of his flights across the globe.
In August, his landing in Brisbane through a gap in the fog was shared around the world. The video was so good, it made the weather on 7News in Brisbane.
“The airport was surrounded by fog. I'm not religious but all of a sudden a hole just opened up and we sailed straight in.”
When Mike announced on Twitter he was retiring, he was blown away to receive more than 500 messages. His wife Kamala who travelled to Brisbane for his final flight, insisted he needed to reply to all the well wishers.

"Being a pilot is a really important job. You have so much responsibility to your passengers.”
So what is Mike Holliday most looking forward to about retirement?
“I can't wait to travel. I've been to Brisbane many times but never out of the city. I'd love to come back to Brisbane and visit Noosa.
He'll be able to do that via Air Canada which flies to Brisbane from Vancouver, with services growing to daily from June 2023.
Click to expand...

Administrator · From HEAD OFFICE
Aviation, Photography, Walking, Swimming, Cars Family. (not necessarily in order)
Staff member Subscriber
You must log in or register to reply here.
Share:
Facebook Twitter Reddit Pinterest Tumblr WhatsApp Email Share Link
Top Bottom
AdBlock Detected
Sure, ad-blocking software does a great job at blocking ads, but it also blocks some useful and important features of our website. For the best possible site experience please take a moment to disable your AdBlocker.