Passenger numbers taking a knock again during the month of November with numbers down -15.5% on November last year.

The decline for January is slightly worse than the national average at approx -8.1% reduction.

I've not added an update to this thread for some time.

Here's the CAA Stats for July

Another bad month for Glasgow International but fairing better than local rival Glasgow Prestwick which has seen a -25.7% reduction during July compared with last year.

Neighbouring Edinburgh airport performed better with a 5.7 increase on last year. This was largely because of the introduction of a new Ryanair base at the airport. The rolling year at Edinburgh is running at -1.8 down on last year.

Stats provided by the CAA.

Another depressing month for Glasgow International Airport especially when neighbouring Edinburgh airport is performing so much better.

Yet another depressing month for Glasgow International Airport with no real sign of an end to the downward trend. Hopefully the arrival of Jet2 next summer will ensure a gradual recovery.

The number of people passing through the airport was up by 3.9% to 416,252, compared with the same period last year.

The increase saw a rise in domestic traffic of 2.5% with the number of international passengers up by 6.6%.

Glasgow Airport said the second consecutive monthly rise showed that after a difficult period, the airport had "entered a period of re-growth".

Airport managing director Amanda McMillan said: "The numbers suggest a renewed confidence among passengers and this is being reflected in the decisions made by a number of airlines.

"Like other UK airports, we endured a difficult 2010 but we have been working closely with our airline partners to enhance our route network and increase capacity, and I'm pleased to say this has yielded positive results."

A total of 512,602 passengers passed through the airport during April, up 27.3% compared with last April.

CAA Passenger Stats for May 2011

A total of 599,815 passengers used Glasgow International airport during May 2011, up 7.1% compared with May last year.

CAA Passenger Stats for May 2012

It's some time since I last looked at the Glasgow passenger figures. May 2012 was a very good month for the airport which saw some good increases. Growth at neighbouring Edinburgh airport has been much slower during the same period so Glasgow International has made up some lost ground. It's hard to imagine the two airports were handling almost the same number of passengers five years ago.


IT was one of three airports in Scotland to have recorded a rise in passenger numbers during the month of September.

Non-domestic traffic was up 9.7per cent on the same month last year, with holidaymakers journeying to Malaga and Alicante as well as more far-flung destinations such as Dubai and Toronto.

Traffic through Aberdeen airport increased by 1.4per cent to just over 302,000 people

As Edinburgh Airport (EDI) appears to be on a roll in recent times I thought I'd have a look at its passenger throughput performance relative to Glasgow Airport (GLA).

Looking at the CAA stats for each year since 1996 the pattern shows clearly that GLA was once the busier of these two airports. Here are the annual totals for both in millions of passengers per annum (mppa) with the GLA figures shown first against each year.

A total if 510,779 passed through Glasgow Airport during February, up +13.9% over the same month last year.

It's sometime since I last looked at the Glasgow passenger stats. The airport is recovering well from a few years of decline. I had some way to go though if it is to catch up with neighbouring Edinburgh airport.

At this rate passenger numbers should comfortably breach 9 million by the end of the year.

Glasgow Airport’s 50th anniversary was signed off in style after 9.4 million passengers travelled through our doors in 2016, representing a 7.5% annual increase on the previous year.

International and domestic traffic over the year increased by 9.2% and 5.5% respectively, thanks to the introduction of 25 new routes and services in 2016. 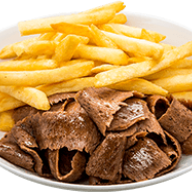 The figures for all airports this year are amazing!

ronnoc1k8 said:
The figures for all airports this year are amazing!
Click to expand...

Yes, there's certainly been spectacular growth at many.