There has been huge hype over the last year regarding airport "expansion" in the UK. Environmentalists claim airport expansion will make it impossible to reduce co2.

Expansion in the UK is relatively small in comparison with that seen in the rest of the world. China is currently building new airports at a rate of 8 each year with a total of 74 new airport reportedly opened by the end of 2020. The building continues and Chengdu Tianfu airport due to open later this year is expected to handle in the region of 40 million passengers annually.

China is not on it's own in constructing new airports. In 2019 the Spanish King opened a new airport for Murcia. Istanbul opened it's new airport saying it hoped to be the largest airport in the world.

In Australia Melbourne airport recently opened it's second runway to boost capacity there and in the US, at least 10 major airports are currently undergoing significant expansion. Orlando International Airport is currently spending $2.8bn on a new South terminal. In New York JFK is pressing ahead with it's $13bn expansion to increase its capacity by 15 mppa.

"Expansion" is relatively modest in the UK. The largest expansion seen to date has been at Manchester airport which has just completed a £1bn Transformational Project to increase the airports capacity to 55 mppa. Although a significant project for the UK, the old facilities were tired and in need of renewal.

Leeds Bradford Airport recently gained provisional permission to rebuild it's terminal. The old one being built in the 1960 is reaching the end of it's life and in a desperate state on renewal. Despite it's provisional approval, environmental groups say they will launch a legal challenge.

Heathrow recently won it's latest hurdle to build a new runway after the UK Supreme Court ruled that it wasn't unlawful but it is still unclear if further legal action will take place.

Bristol and Stansted airport plans to increase terminal capacity but recently had their developments rejected and are both appealing the decision.
Last edited: Feb 22, 2021
Click to expand...

Administrator · From HEAD OFFICE
Aviation, Photography, Walking, Swimming, Cars Family. (not necessarily in order)
Staff member Subscriber
If anything, what we are seeing in the UK is largely a renewal of infrastructure already in place rather than new airports. Plans proposed by UK airports amount to a drop in the ocean compared with places like the U.S, India, China and Africa.

Even if the UK closed all it's airports it would be futile economically and environmentally. The difference with China though is they are planting hundreds of millions of new trees across the country as part of a carbon offsetting program.

Last edited: Feb 22, 2021
These three airports alone have the same capacity as the number of passengers that flew in/out of the UK in 2019. 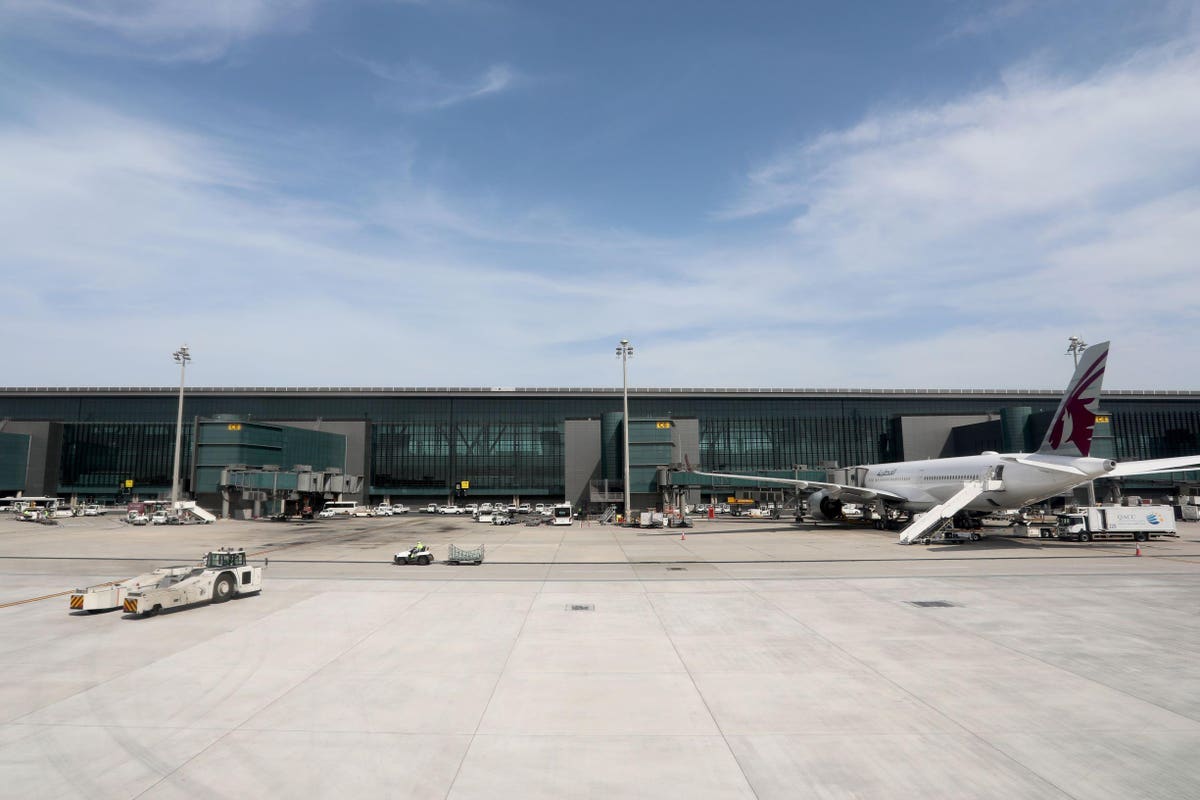 The new facility is a welcome change from the tired, 60-year-old terminal that passengers had been using. These days, though, very few people are flying. And even before Covid-19 travel restrictions were imposed, the Gulf had far too much airport capacity

More capacity is on the way. A new terminal is planned for Kuwait International Airport, able to handle 14 million passengers a year. And Abu Dhabi International is due to open its new midfield terminal at some point later this year, after several delays, with capacity for 45 million passengers. Given the main local carrier Etihad has massively scaled back its operations in recent years in an effort to stem its losses, there are reasonable questions to be asked about whether there is any need for the new facility to open at all.

The UAE already has far more potential airport capacity than it needs, not least at Dubai World Central – also known as Al Maktoum International Airport – which opened in 2010. The full plan for this mega-airport includes facilities to handle more than 160 million passengers a year, although until recently the airport had been handling just 1% of that, with 1.6 million people passing through in 2019.
https://twitter.com/i/web/status/1364205117038153738

​
The government of India says it is planning to spend $60bn on doubling the number of airports it operates as it races to meet demand in its aviation market, the world’s fastest growing.​

Jayant Sinha, the minister for civil aviation, said in a recent interview with the Nikkei Asian Review that “India should have 150 to 200 airports ... in the next 15 to 20 years”​
​
At present, the country has 100 airports, although it is building new ones fast, with no fewer than 31 expected to be completed in the next 12 months.​
​
Of the 100 new airports to be constructed, about 70 will go up in areas that have no airport now, and the remainder will become secondary airports.​
The secondary airports are intended to deal with a sudden growth in demand for air travel that threatens to overwhelm the present infrastructure.​
​

The government of India says it is planning to spend $60bn on doubling the number ......
www.globalconstructionreview.com
The above article at GlobalConstructionReview.Com was published in 2018 and represents phenomenal growth if the figure of 31 airports were built over a twelve months period. From what I gather, India hasn't changed it's aviation policy and the building continues. I can only imagine plans are still afoot to build the remainder of the 150 - 200 airports mentioned in the above article. Also reported last month, Hyderabad airport plans to increase it's capacity to 34 mppa after securing funding for the project.
You must log in or register to reply here.
Share:
Facebook Twitter Reddit Pinterest Tumblr WhatsApp Email Share Link