Looks as though FR's GRO-DSA summer route is to be scrapped, same for MME. This will leave just a summer only ALC route for the two airports. Will they chop that one too? 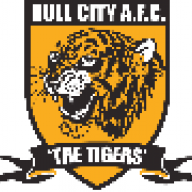 Ryanair are to return to Doncaster next Summer (2011) with their Alicante service.

The route will operate 3 times a week on a W pattern on Sunday's, Wednesday's and Friday's.

No other routes are planned to operate from Doncaster next Summer at this moment in time.

I would be surprised if they did add any others in view of their base at LBA. It's quite a suprise in some ways that they are keeping on the Alicante. I assume they are dropping Gerona though?
C

Gerona was dropped for this summer after EZY announced flights to BCN. I think Gerona could be great to add back at DSA now I believe they will no longer be serving the route from LBA?
E

Cazza, yes you are correct. The Gerona flight has been switched to BCN, and could work well from DSA as it did before.

FR are apparantly to open a route to TFS when the new base there comes online. Anyone seen any official announcement?

Its slowly building up at DSA...

Perhaps so but could I be right in presuming that the airlines isn't over bothered which airport it serves so far as comparing DSA with HUY. I think the airline would have just concentrated on operating just from DSA otherwise.
R

You could say the same about most airports though. They operate Alicante and Faro from Leeds - so you could ask why fly into Doncaster when they could add more flights from Leeds? Same for Manchester as well, given the close proximity. The way Ryanair works, if a route is profitable, then they'll operate it, despite however close it might be to another airport!
Last edited by a moderator: Mar 26, 2016

Ryanair’s latest route from Robin Hood Airport has now taken to the sky. The budget airline has added twice weekly flights to Faro to its offering from the airport, with the first flight taking off earlier this week.

The service is the second new Ryanair route launch in as many months, following the successful launch of Tenerife in February. The airport expects Ryanair to treble its passengers in 2011 to around 90,000, with the addition of the two new routes to their established Alicante service that also takes off this week.

Quite a funny article made Page 5 in the Donny Free Press Today
In the article it says that the Summer Only timetable will continue as planned.
Robin Hood Airport are quoted to have said

The move will not affect travelers flying this year and remain confident that the route will return next year. They also went onto say... There will be no impact on the Alicante Flight From Doncaster Sheffield Airport
Click to expand...

Thanks for the update Hull City Fan.

I'm not sure if I'm up to date with Ryanair at Doncaster Sheffield airport. Is Tenerife new for winter?
R

Tenerife started this year, back in February I think it was. Faro is new for this year as well, which started around the same time Alicante normally does. Ryanair has been quite varied in its offering from DSA in its short lifetime: Dublin, Pisa and Gerona were all served at one point!

There is a rumour going around this evening on several websites and forums that ryanair are going to pull-out from Doncaster-Sheffield at the end of the winter season.

I understand that they are operating a Tenerife service this winter season while flights have also operated to Faro and Alicante in the summer months from DSA.

I really do hope this is not true. As it would be another kick in the teeth for DSA management along with it's owners Peel/VAS.

Somebody on the fruit, who I think works in scheduling at FR has suggested that only the TFS flight at 1 weekly instead of 2, is due to run next summer... Though he does say that it could change.

A coincidence that TFS, ALC and FAO will be increased from LBA? Also that they have tested the water with ALC at HUY? Along with the 'no growth at LPL' that was mentioned by MoL last week?