flights from Liverpool to Corfu

Hi, I heard a rumour that flights from Liverpool to Corfu would be operating soon by Easyjet - Can anyone give me more information about this? thanks

Sorry to report but after checking up there website at www.easyjet.com I can't find any flights operating to Corfu from Liverpool as yet.

I guess if they do announce flighst to Corfu from Liverpool that will be the first place to find out.

Hasn't Ryanair just announced new Greek flights from Liverpool if that helps at all?
E

will have a look, thanks
C

Does anyone know if Ryaniar have cut their flights to bremen, I can only find flight information up until the end of March? have phoned Ryanair and they said they didn't know, so no help there :sad:

Ryanair chop and change their flights right up until the last minute before they are due to start but I would think the majority of flights will be finalised for the summer by now.
U

Whilst I cant confirm it, I expect this is being transferred to MAN.
It always performed better at MAN, and RYR have made no secret that MAN will be expanded.

Could be very wrong though.

It makes sense to operate thinner routes from Manchester because of the catchment areas. Jet2 do this with their Budapest service because the route isn't popular enough to operate from all it's northern airports.

Very impressed with speed through security just Now, all lanes open, was through in minutes. I like the new duty free treated myself to a bottle of Joe Malone! The airport is celebrating Liverpool Pride which is on this weekend. Good on them !

The Which ? report has given LPL a 70 % customer satisfaction, not as good as Doncaster, but still not bad I'd say.

Carl0927 said:
The Which ? report has given LPL a 70 % customer satisfaction, not as good as Doncaster, but still not bad I'd say.
Click to expand...

Isn't the DSA terminal a carbon copy of Liverpool? You'd have thought Liverpool would have been up there at the top with Doncaster?

Aviador said:
Isn't the DSA terminal a carbon copy of Liverpool? You'd have thought Liverpool would have been up there at the top with Doncaster?
Click to expand...

I don't think exactly as there are parts of the old terminal which do need to be improved. They were sort of absorbed into the current building.

Aviador said:
Isn't the DSA terminal a carbon copy of Liverpool? You'd have thought Liverpool would have been up there at the top with Doncaster?
Click to expand...

I suppose different people were asked about LPL compared with those asked about DSA. I can't imagine that the criterion for all those asked was a requirement to have used all the airports in the survey.

I never attach much importance to any of these polls/surveys. The answers and thus the overall results are purely subjective. Two of us much might have exactly the same customer experience at a particular airport yet mark it entirely differently when it comes to a survey or a poll. It's often down to expectations: some will have higher expectations than others.

During my days at the airport it became quickly apparent that things not even related to the airport would drastically alter peoples perception of their airport experience. Waking up on the wrong side of the bed, the drive to the airport or having a bad brew at the service station on the way would set the tone for the rest of the day.

It only takes one part of the experience to go wrong for the who experience to be poor. If a check-in agent needs to charge someone for having extra baggage the passengers perception of the whole airport experience changes.

My sister recently flew from LBA and she's spent the last week complaining about why she needed to take her shoes off when everybody else kept theirs on. She doesnt complain about the government rules or airport security she complains about the airport.

How things have changed, you certainly cant pull up with your car or a taxi right outside anymore !! 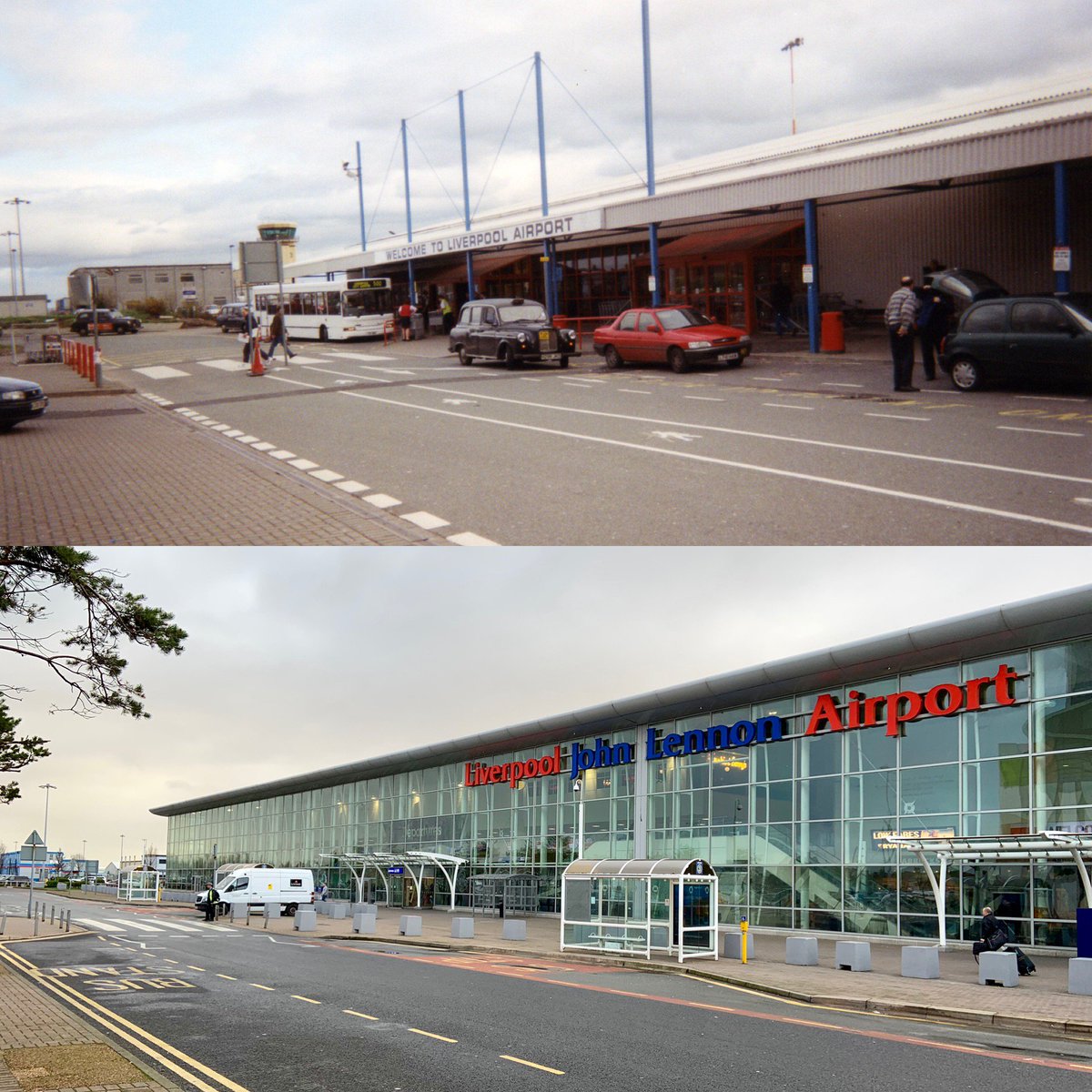 Very fast travel and transfer experience thought Liverpool Airport this morning left house in Cheshire and other side of security all in 30 mins. Brilliant.

That is good! Hope you have a great flight!

Jerry said:
That is good! Hope you have a great flight!
Click to expand...

Liverpool is doing well with regards to delayed flights, just behind Belfast.

Liverpool John Lennon Airport is the second best in the UK for delays.
Figures obtained from the Civil Aviation Authority data reveal that departures from the Speke airport in 2018 were an average of just 10 minutes late.

Belfast City (George Best) recorded the best performance with a figure of just eight minutes.
London Stansted was the worst UK airport for flight delays last year, the investigation found.
Departures from the Essex airport were an average of 25 minutes late in 2018. Liverpool John Lennon Airport was the second best UK airport for delays (Image: Liverpool ECHO)
"Last year 97% of passengers passed through security in less than 10 minutes and as this latest report highlights LJLA is also up there with the
best in terms of getting flights away on time too."
Birmingham and London Luton recorded the joint second worst punctuality performance, with aircraft typically taking off 19 minutes behind schedule.
The ranking takes into account every scheduled and chartered flight from 24 major UK airports.

Carl0927 said:
The ranking takes into account every scheduled and chartered flight from 24 major UK airports.
Click to expand...

Their idea of a major airport is questionable. The list includes Durham Tees Valley which the UK's 33rd busiest but a number of busier airports such as Bristol (UK's 9th busiest) and London City (UK's 13th busiest) are not included.

I posted elsewhere that if they are going to do a job it should be done properly. In effect, they have arbitrarily selected 24 of the country's 33 busiest airports.