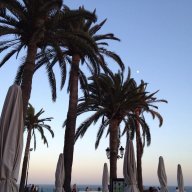 PK and co had best get the LoCo terminal plans dusted down. An ideal opportunity for additional retail.
R

S16 is going to be interesting, especially if EK are planning an A380.
D

This is great news! So we'll have Iberia AND Norwegian flying to Madrid?! Hope the demand is there.

Birmingham seems to have found some sort of favour with IAG. Personally, I'd like to see the flag carrier stay in London.
R

It certainly seems as if IAG have realised that Regional UK exists. Iberia Express start EDI and MAN and next year start BHX. Vueling start EDI, MAN and BHX, while next year sees expansion at MAN and BHX along with the addition of LPL, LBA and NCL.

I'm very pleased with this one though and hopefully it'll open alot more connections with Iberia down to South America.

It's going to be interesting to see how Norwegian respond, will they stay at just Thur and Sun making Madrid 6x weekly overall or will they decide to up the competition?
A

Hi there ray, regarding Iberia express now coming to bhx is great news, being part of IAG which has British Airways as part of it means something, if this Iberia Express does take off, hopefully it might wake up BA, for them to realise that uk regional airports are as important as hubs like Gatwick and heathrow.. Let's just wait and see what happens soon, also that world routes event in South African is not cheap to attend.... Andyc

More great news! While I'm happy to see Norwegian on this route they can't offer the onward connections Iberia can. Hopefully this new service and there latest attempt at MAN will work out for all concerned.

I wonder if TAP will be watching this one?

thunderchild said:
I wonder if TAP will be watching this one?
Click to expand...

I hope so, although I'm guessing there would be competition with Iberia for connections to South America?

I'll put good money on TAP arriving at BHX in the next 2 years.

This is really great news, its been a long time since Iberia have been at BHX, i remember them here in the early 90s when they flew to both MAD and BCN using DC-9/MD87 aircraft.

I even flew on a Iberia 727 to Palma Majorca when they used to operate for there subsidary Aviaco in 1986.


Another great day for BHX.

All great news! It's a case of use it or lose it though. We all need to do what we can and put our money where our mouths are and fly these routes, and tell others too. Some of my clients must think I work for BHX as I keep telling them all about the latest routes etc....
R

This is also another Oneworld airline at BHX and should carry a BA code share too.

All the new routes are on sale but won't be announced officially until Sunday or Monday to get maximum exposure at World Routes.

The good thing with the Iberia site is that it will carry a BA code, and you can also book Vueling flights through it meaning someone booking BHX-MAD might just happen upon the Vueling BCN and ALC flights (I do find it strange you can book VY on the IB site but cannot book IB on the VY site)

User001 said:
The good thing with the Iberia site is that it will carry a BA code, and you can also book Vueling flights through it meaning someone booking BHX-MAD might just happen upon the Vueling BCN and ALC flights (I do find it strange you can book VY on the IB site but cannot book IB on the VY site)
Click to expand...

To be honest User001 ive always found it a bit strange why Iberia have these x2 subsidaries, Iberia Express and Vueling. Would it not be more economical to have just Vueling or Iberia Express as there Locost option ????? Why have x 2 ?????

I don't know the rational to still have 2, but, Vueling is actually a totally separate operation to Iberia.

Vueling was originally started as a businessman wanted to start flights between Valencia and Manchester. He secured some finances, but, instead those financiers wanted him to start domestic flights first. As we know, Valencia Manchester never actually started (crazy to think Manchester was part of the reason the Vueling idea was ever conceived in the first place but took 10 years to start a direct flight to Manchester!)

Click air was the original Iberia low cost subsidiary, but, never really 'took off' (pun intended). It had a small fleet of A320, but, after nearly collapsing, Vueling brought them out.

Iberia then started Iberia Express a few years later, to ironically, compete against the likes of Vueling. Vueling was then brought out by IAG so brought the old click air back to the fold. Despite Vueling now being IAG, I2 still continues with expansion.

However, the fact that Vueling is seen as the superior low cost to Iberia express, I honestly don't know why Iberia doesn't fold express and use Vueling for the low cost arm. I only assume it's because they want the brand recognition of Iberia at their home hub Madrid, rather tha. Confuse some with a part Iberia/part Vueling journey?

Thanks for the reply and yes that has "cleared" it up for me, i think, LOL

It is all a bit confusing though isnt it, all this "Are they part of IAG but not Oneworld"

I really thought Vueling was part of Iberia, shows what i know doesnt it. But then again i probably had my IAG/Oneworld hat on and think of them all as part of the same company.

Anyway great to have both Iberia Express and Vueling at BHX.
R

Iberia Express was started as an entirely Madrid based operation to take over the loss making Iberia mainline routes and provide feed for long haul. Due to them having a considerably lower cost base than mainline it also opens up new destinations for them out of MAD that otherwise may struggle. They have no presence in BCN as there is no Iberia long haul there, it's better suited to the more leisure focussed Vueling, BCN-IBZ was their first ever route which says it all.

I seem to remember quite a kerfuffle from the unions when it first happened.