It is still very early days, but the preliminary report for Winter 2019/2020 has now been published.

The following are some snippets that I have seen - remember these are very early days and there will be many changes, cancellations and updates.

Alitalia - are once again rumoured to be introducing a daily Milan-Linate (LIN) service
American - will be a B767-300 to Philadelphia (PHL) until early January and then a B787-8
Anisec - this is a Vueling partner and are proposing a 5 times weekly service to Salzburg (SZG) from 19th December
Austrian - increase to daily to Vienna (VIE)
easyJet - possibly up to 15 based aircraft for the winter. This compares with 14 last winter and 17 this summer
El Al - twice weekly continues as per the summer
flybe - stay at 7 based aircraft. Increases of one per day on Paris (CDG), Dusseldorf (DUS) and Newquay (NQY)
Icelandair - goes daily with B757
KLM - increase to 6 per day
Lauda Motion - new route to Riga (RIX) on Tuesday and Saturday
Lufthansa - as already reported Munich (MUC) increases to 4 per day
Norwegian - new twice weekly to Bergen (BGO)
Pegasus - 5 times weekly to Sabiha Gokcen (SAW) continues from the summer programme
Qatar - already well published that they will be 3 times daily to Doha (DOH)
Ryanair - an increase in based aircraft from 8 to 14 with a lot of summer routes continued into the winter. (I wouldn't hold my breath for too long on this one!)
SAS - Aarhus (AAR) continues from summer
Spicejet - well they appear again as daily to Mumbai (BOM). With the demise of Jet Airways, and if they get the aircraft, I suppose it could happen
TAP Air Portugal - again another increase that has already been mentioned elsewhere - twice daily
United - continue with B767-400 as per summer
Virgin - plans to be operated daily, compared with 3 per week last year

IF all goes to plan then the potential increase in available seats over W18/19 is 17%. This will probably come down to nearer to 6% at the end of the day.

Thanks Scottie. Some notes on the above.

Laudamotion is a Ryanair brand, and RYR themselves operate MAN-RIX already. They won't compete with themselves, so this may be a brand swap. Also, the SP- operated Ryanair Poland routes should rebrand to BUZZ at some point. Maybe the new MALTA AIR branding on MAN-MLA too. I wonder whether some of those "summer" Ryanair routes which extend into the period covered by the new report may be part-season only, eg. early November and March? They have to be featured in the ACL data if these criteria apply.

FLYBE ... A small increase! But Virgin Connect still can't reveal their true intentions until the EU competition authorities have officially approved the new ownership proposals. Note that FlyBe's IOM capacity was operated by Stobart Air last Winter, so this offsets some of the increase.

Slots are still held for Jet Airways and Stobart (Southend route). These will likely disappear as the applications are "tidied up."

Thomas Cook have also filed an ambitious programme. However, this could quickly change with the airline up for sale and facing possible break-up. Virgin's bid for TCX long-haul would be a good outcome for MAN. UK Short-haul ... I'd like to see EasyJet in there but haven't noted them mentioned so far. Wizzair (owners) and Hi-Fly amongst other bidders touted so far. Lufthansa is interested in Condor ops. There has been a standalone bid for the Scandinavian division. And for the tour operations, Fosun (owners of Club Med) look a credible option. Obviously, some investment fund type bidders in the mix too? Announcement of progress in July???

Virgin ... Scottie's comment refers to the JFK route in isolation. Other routes continue as planned.
L

Tap - at some point their Saturday Lisbon service reduces from 2 per day to 1 per day.

I fly with them in November on Saturday evening, but in February the same flight no longer operates so i have a misconnect in Lisbon.

lfc84 said:
Tap - at some point their Saturday Lisbon service reduces from 2 per day to 1 per day.

I fly with them in November on Saturday evening, but in February the same flight no longer operates so i have a misconnect in Lisbon.
Click to expand...

Is that due to competition with easyjet?

At present they have applied for double daily slots, but as we know that can always change. 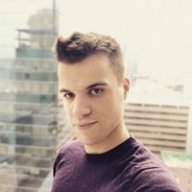 Ryanair will probably just keep hold of aircraft for an extra 6 to 12 months as their order and delivey pattern seems to be to get a reasonable proportion of the fleet renewed with rest for expansion.

It's been suggested elsewhere that another option for them would be to switch their order to the 737 MAX 10 and Boeing drop the MAX so it becomes the 737 1000 or something like that as apparently it doesn't have the system that is faulty.
Or they could switch their polish and Malta airlines to Airbus hence releasing more 800s.

Which route is this? I'm guessing ATL or JFK?
U

lfc84 said:
Tap - at some point their Saturday Lisbon service reduces from 2 per day to 1 per day.

I fly with them in November on Saturday evening, but in February the same flight no longer operates so i have a misconnect in Lisbon.
Click to expand...

Not just Saturday - they only have a single daily flight on sale from early January - late March.

JFK is on sale as a daily A330 this winter. (This is currently showing continuing until the end of the published schedule in May, so might this summer be the end of the 747s on this route?)

Ryanair - Slots for one of the extra based aircraft cancelled (was no-slotted anyway due terminal capacity). W19 slots now held for x13 based aircraft. W18 was x8 based, S19 is x12 based.

Aviador said:
Is that due to competition with easyjet?
Click to expand...

The Easyjet route was a LPL service, if they hadn't moved it , TAP would have had less competition .

The Start of Season report for Winter 2019 has now been released by ACL and the following notes have been made:

Firstly a reference to available seats - obviously the demise of Thomas Cook has had a major effect:

Major changes appear to be as follows:
Air Arabia Maroc - Cancelled
American Airlines - Change their aircraft type from B767-300 to B787-8 from 8th January
Biman Bangladesh - New three times weekly service to Dhaka from January with B787=8
British Airways - Heathrow reduces from 8 to 7 per day
Cathay Pacific - Increase to A350-1000 daily from 1st December - some services before that date will be alos operated by this equipment in lieu of the present A350-900
Easyjet - Increase from 14 to 15 this winter
El Al - continue their new Tel Aviv service on a twice weekly basis
Enter Air - Part based B737-400 from December-March
Finnair - Increase seats offered by approx 40pc with the use of A321 on most flights
Flybe - Dusseldorf increases from 3 to 4 per day and Southampton from 5 to 6. Isle of Man reduces from 5 to 4 whilst Milan and Toulouse and canceled, together with the Weekly Innsbruck charter.
Jet2.com - New short season flights to Cologne, Dalaman, Innsbruck and Toulouse.
Lufthansa - Munich increases from 3 to 4 per day.
Norwegian - New Bergen service twice per week however Stavanger drops from 3 to 2.
Pegasus - Sabiha Gokcen service continues from the summer at daily.
Qatar - 3 x daily as per the summer but with B777-300 on both the morning and lunchtime flight and B787-8 in the evening. Overall an increase of 30pc in seats.
Ryanair - Based aircraft stay at 12 - as per summer - compared with 8 last winter. Cancelled routes are Belfast International and Frankfurt. New routes, continued from the summer are Katowice, Milan Malpensa and Prague whilst Billund, Bordeaux, Gothenburg, KIev, Marseilles, Nantes, Marrakesh and Thessaloniki.
SAS Scandinavian - Stavanger is a new route at twice weekly and Aarhus continues from the summer. Oslo increases from 7 to 9 per week.
United - Aircraft change from B757-200 to B767-300.
Virgin Atlantic - New York increases from 3 per week to daily and Barbados from 2 to 3 per week.
E

I understand that SAS will drop the Aarhus service. Presumably the slot allocation report hasn’t registered this change in time for the recent update.
U

Was that written before Flybe cancelled Glasgow?
M

EGCC_MAN said:
I understand that SAS will drop the Aarhus service. Presumably the slot allocation report hasn’t registered this change in time for the recent update.
Click to expand...

Still on sale for the winter at the moment. Looks like it might be cancelled from April.
L

I also heard A350-900 on the evening QTR flight but can't remember when from...
Heard a lot of jet2 announcements recently but I must have missed Toulouse, we need this service as Flybe have dropped and it was almost always nearly full

Jet2 to TLS is not a scheduled flight. It would presumably be a charter for the ski season considering it's not on their website to purchase.

I was just looking at the Start of Season report for Winter 2019 and the following are the top carriers at Manchester based on air transport movements: