It is expected that when Thomson take delivery of their new Boeing 787 dreamliners in 2012, of the first batch (of 8 units), one unit only (Number 3) will be based at GLA. The majority will go to MAN and two at LGW. 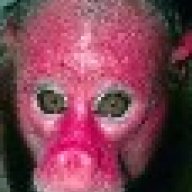 I was at the end of the runway for 787 arrival on the sunday morning at Farnborough nice machine :clap:
B

1. It appears that the Airline will be reducing the number of personnel based here, not helping morale and possibly reducing flights. Apparently this will be due solely to only financial considerations and not taking into account any other aspects.

2. It appears that the airline will in the near future introduce the Airbus 380 for holiday flights, but will be staffed entirely by staff at Gatwick Airport, and no personnel from Glasgow will crew it.

BigAlex58 said:
he near future introduce the Airbus 380 for holiday flights, but will be staffed entirely by staff at Gatwick Airport, and no personnel from Glasgow will crew it.
Click to expand...

The A380?? :shok: :shok: That would be an interesting thing to see, but would it be viable?

It appears that the airline will in the near future introduce the Airbus 380 for holiday flights, but will be staffed entirely by staff at Gatwick Airport, and no personnel from Glasgow will crew it.
Click to expand...

It's due to commence weekly operations from Glasgow to Florida and Mexico next May.

Thomson has no A380s nor orders for the type.
R

Thomson Airways have confirmed they will operate the new state-of-the-art Boeing 787 Dreamliner aircraft on direct flights from Glasgow Airport to the Dominican Republic next summer.

The weekly service to Punta Cana on the Caribbean island will take to the skies on 01 May 2014 and will run throughout the summer season, operating every Thursday.

The new route is part of Thomson Airways recent expansion from Glasgow Airport and Punta Cana will be the airlines third route from the airport to be operated by the revolutionary Boeing 787 Dreamliner.

The aircraft’s first ever transatlantic flight departed Glasgow Airport for Cancun on 08 July and has since proved very popular with passengers. Almost 300 passengers flew on the inaugural flight and 97% rated their experience as 'excellent' or 'good.'

Paul Cooper, airport negotiations manager for Thomson and First Choice, said: “Adding the extra capacity and the introduction of the Thomson 787 Dreamliner demonstrates the importance of Glasgow Airport and the local area to our business, and following the success of similar routes from the airport, we know that the demand is there.

“Expanding access to our portfolio of destinations and hotels is a key part of our overall strategy. We hope that this move will enhance the holiday experience for our customers and that they are as excited as we are about the new 787 Dreamliner.”

Francois Bourienne, commercial director at Glasgow Airport, said: “This is yet more good news from Thomson and First Choice. It was an honour to have been the first UK airport to wave off the Dreamliner on its inaugural transatlantic passenger flight and the decision to add Punta Cana is a clear demonstration of the tour operator’s commitment to the Glasgow market.”

Local passengers will now have access to some of Thomson and First Choice’s most popular hotels including the brand new for summer 2014 Memories SplashWorld Resort, Punta Cana, Dominican Republic which features a spa and fitness centre as well as an onsite waterpark with multi-lane slide, stomach-plummeting black hole and a pool full of mini-waterslides for the younger ones.

Thomson flights and holidays from Glasgow can be booked now at thomson.co.uk.

New routes to Bodrum and Fuerteventura for 2020.