I joined because I am a moderately frequent flyer (1 long haul & maybe 1-2 short haul per year) and I am a wheelchair user. I want to get people's experiences of airports & airlines. From my own experiences some couldn't be more helpful (Air China, AMS) while others (Air France, CDG) couldn't have been more awkward if they'd tried.
Click to expand...

Welcome to the forum, alibroon.

As you are a wheelchair user I'd be very interested to hear of your aviation experiences.

I believe this is an important subject and not always given the prominence it merits in aviation forums.

I will copy this post into that forum to start the ball rolling.

Some years ago my wife and I were on holiday in Austria when she broke her leg. We were with a tour company (I think it was Crystal, part of the Tui Group) and their reps in resort were extremely helpful. Most of the holiday was spent with me pushing my better half around the flatter paths in a wheelchair that the reps had managed to source for us. That was an eye opener in itself and brought home to us how difficult it can be to do what are normally straightforward things.

We flew back from Salzburg Airport with XL (now defunct) on a Boeing 737-800. We were put on board ahead of the rest of the passengers and my wife had (courtesy of the insurance company) three seats to herself so she could keep her leg straight. Unfortunately, they were at the back of the aircraft and we had been 'loaded' at the front which meant she had to hobble on crutches to the rear.

On arrival at Bristol Airport we had to wait with another passenger using a wheelchair to be taken off in the ambilift. The captain, who was French, came back into the passenger cabin (all other passengers had by the disembarked) and we had what was to me an interesting chat about the flight for a few minutes. His English was far better than my execrable French, thank goodness.

After leaving the aircraft the airport staff took my wife in one of their wheelchairs to our waiting taxi. We certainly had no complaints about the way things went at any stage of the journey home.

Disabled passengers are being poorly treated at UK airports. A Which? Travel report has found that one blind passenger was abandoned by airport staff for 90 minutes, while another was separated from her guide dog at security.

Both passengers were concerned at the lack of care shown to their guide dogs, with one dog left without water and the other not given a chance to go to the toilet before boarding the plane. Both were also offered wheelchairs, despite being able to walk, while another passenger who did require a wheelchair was left waiting in the cold for a long time before being helped on to the plane.

Rochelle Turner, head of research for Which? Travel, said: ‘Although most disabled passengers are happy with the level of airport support, when things go wrong, they go badly wrong, leaving passengers feeling distressed or humiliated. A few simple changes to processes and staff training could help airports ensure all passengers get the assistance they need.’

It is difficult to assess how good the facilities and services for disabled passengers really are without being in a position to require them. Fortunately I am not in that position.

I will give my opinion based purely as an onlooker to the special assistance service.

Airports are required by law to provide special assistance for passengers with difficulty, but many able bodied passengers abuse this facility. I have seen passengers walk to the terminal building from the long stay car park, only to walk directly to the desk of the special assistance and ask for a wheelchair. This may sound rather odd but it is a clever way of getting fast tracked through security with priority boarding at the gate.

Unfortunately for the genuine needy passengers requiring the service can suffer as a consequence due to the sheer number of passengers abusing the system.

My mind drifted to thinking about people who request wheelchair assistance at airports after we were delayed at PMI recently. Once we finally boarded the Captain apologised for the delay saying that there was a shortage of ambilifts and that had delayed offloading. We then had a further delay while we waited for three wheelchairs to be loaded onto our flight back to Leeds.

Whilst not wishing to cast aspersions on the unfortunate people who need this sort of assistance (I hope I never do) I couldn't see any obvious reason why 2 of the 3 people boarding via the right hand door couldn't have made it up the steps like the rest of us. Before anyone has a go at me I know visual appearance isn't the be all and end all of whether or not someone is able to board with the masses. I'm just engaging in a thinking out loud exercise thats all.

Hence my question for the ones here who deal with this sort of thing on a day to day basis. Are there any standard procedures adopted by airlines when wheelchair assistance is requested, eg medical certification etc and do any airlines (with the probable exception of MOL's lot) charge for this service? Furthermore, is there any evidence, anecdotal or not, which suggests that requests for wheelchair assistance are abused? I suppose and additional question has to be, is wheelchair assistance ever refused, and if so, on what grounds?
5

Personally, I don't use a wheelchair for day to day getting about, I use a battery powered Mobility scooter. If push came to shove and there was a fire in the house, I could probably get out under my own steam but it would be painful and I would collapse in a chatty heap on the thing that we laughingly call a "lawn" just outside the front door.
The point that I am making is that anybody checking for a medical problem serious enough to merit a wheelchair would take a look at me and shove a wheelchair towards me. On the other hand, there are folk that don't display such obvious defects and it can be annoying to Joe Public to see what appears to be an able bodied person holding up the queue so to speak.
Airforced came up with an obvious solution and I have no idea why it isn't used. That is to simply get some sort of proof that a medical condition exists.
Not all, but most wheelchair users are on Disability Living Allowance which is a benefit paid to folk with mobility problems. A copy of the entitlement form + some form of photo ID (Passport) or even simpler, a Blue Badge that we humphs use to make parking easier.
Bringing such a protocol into play would make abusing the system more difficult.
Sorry for the rant,
Steve

ps ... We are flying from Manchester Terminal 2 to Las Vegas via Philadelphia in Mid September and returning by the same route 3 weeks later. I'll let you know what happens. We will be using US Airways all the way there and back.
Cheers,
Steve 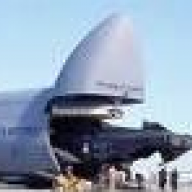 I'm not a wheelchair user, and I'm not registered disabled, but I do have arthritis in both knees and ankles, the severity of the pain fluctuates with the weather (literally). What annoys me most is when I am forced to go up or down stairs in terminal buildings because no lift or escalator is present. Even getting off a plane via the stairs my lumbering causes a tail back, unless I choose to be the last person off, which I often do. Lack of seating is another thing that I find annoying, I once had a choice of sitting on the floor or standing for 2 hours at Schipol, not good enough really.

Air Serv move to keep pay of airport wheelchair agents working at New York airports below minimum wage magnifies one of the problems affecting service quality of assistance to passengers with disabilities.

The newspaper came across an Air Serv internal memo informing its wheelchair agents at JFK airport their pay will remain at $7.25 an hour despite the state of New York recently raising it to $8. 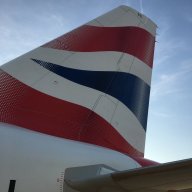 Airlines at LHR basically pass all special requests on to omniserve. HAL has contracted omniserve to provide all special assistance at LHR, but sadly the level of omniserve has been poor for many years. Stories occasionally make it in to the national media but there are many more stories out there of poor service by them sadly.

Omniserv is the UK offspring of the US giant Airserv based at Atlanta, Georgia. So Omniserv are not exactly new to the game so they really should be providing better service for passengers. I think the airline should accept some of the blame in this case as a passenger who has requested assistance prior to their flight shouldn't be allowed to leave the aircraft if they need help in doing so.

Yeah my father was left on a cart at Heathrow at his gate just after arriving from Miami. He wasn't happy! In the end he walked to immigration which was a struggle for him.
You must log in or register to reply here.
Infinite Flight Simulator Community Forum
Share:
Facebook Twitter Reddit Pinterest Tumblr WhatsApp Email Link
Top Bottom