Emirates will increase business-class capacity out of Birmingham airport by 39% when it introduces a second Boeing 777-300 ER to its twice-daily Dubai service on June 1.

The new aircraft – which replaces the smaller Airbus A330-200 – will have 27 more seats in the premium cabin and 59 more in economy class.

It will fly the evening service at 21.20. The earlier 14.15 service already operates the same aircraft.

“Over the last few months demand has continued to grow on the Birmingham route, necessitating an increase in capacity to meet the surge in passenger numbers."

I have been speaking to a friend who has advised that there is a very good chance that BHX will see an A380 during September on a one-off flight (9th September has been mentioned). He has put the chances of this happening at about 98% (based on the A380 flight from LHR being used on the lunchtime BHX flight and passenger figures being held to 773 limits just in case we see the normal flight instead). Apparently this is to celebrate the opening of the EK Lounge in the International Pier.

Would anyone care to guesstimate the number of spotters on the car park at the Cargo side?

One for the diary then? 9th September at BHX!!! :yahoo:

We've had them in and out of Filton a number of times (not with fare-paying passengers though) and I've seen one on the ground from the perimeter road.

It seems quite ugly when on the ground but somehow ponderously graceful in the air.

If it's for a special occasion the aircraft may do some sort of flyover the city. The first A380 did that at Bristol and it was incredibly spectacular.

Having passengers may limit such a move but Concorde used to do this sort of thing with the public on board. I've got some video of one flying over the Clifton Suspension Bridge as The Matthew, a replica of John Cabot's ship, sailed underneath on its journey to commemorate the five hundred year anniversary of Cabot's discovery of Newfoundland.

If you can get down to BHX I would highly recommend your so doing. It may be not the prettiest thing that ever flew but it is mightily impressive.

Just spoke to my mate regarding the A380 and he has advised that as this will be a line flight (so long as it comes in) there is no chance for any "visits" by interested parties. The flight will purely be for passengers only.

So far even though this beast has been in service for a couple of years (and I have seen the beast up close and personal at Farnborough) I still have not been able to wangle a trip aboard even for a quick shufti.

I suppose it is always a faint hope that someone may send one to RIAT this year (tickets for Sunday en route to me as I type this).

Camera at the ready I hope...? leasantry:

Just received the September OAG which confirms that EK040 on the 9th September is scheduled for an A380 to fly. I understand the flight shows as an A380 for booking purposes as well (if anyone wants to fly on this service).

I wonder how busy the NCP car park on the Cargo side will be???

Good News!!! I have been invited to the official reception at the new Pier for a meal (and possible) look around the flight before it goes out to DXB.

Now I don't care how busy the NCP car park will be.

Congratulations then. :yahoo: Camera at the ready I hope..... standing by for pictures???

CL44 said:
Good News!!! I have been invited to the official reception at the new Pier for a meal (and possible) look around the flight before it goes out to DXB.

Now I don't care how busy the NCP car park will be.
Click to expand...

How did you manage that?

Now that you're back with us CL44 did you manage any snaps of the A380? I was just getting ready and perched on the end of my swivel chair sat buy my computer eagerly awaiting your snaps and you vanished, typical! :search:


It's good to have you back!

Hi there. I was actually over at the pier (at the party hosted by EK) so I did manage to get some shots. The big problem is that my camera and computer do not like each other, so I am unable to download them.

I am trying to see if I can use another computer to get access to them but in the meantime I just cannot share them around.

That's a shame, what seems to be the problem?

I think the main problem is it is an old camera (combined with an older computer). I will be trying to see if I can borrow another computer which may aleviate the problem. We shall wait and see.

Well I am now officially hacked off. I have tried to upload the photos using two different computers and not been able to get anywhere. I am sorry folks but I keep on hitting blocks when I try to load the blessed photos up. If its any consolation the photos suffered from a fair bit of flash back from the windows in the terminal. Not too bad when you look at the print copies but very noticeable when you look on the camera screen.

Have you tried using Picasa to upload your shots rather than your usual camera software? Also, it might be worthwhile removing and reinstalling your camera software? Another trick is you could use a computer that belongs to a friend or family member to download them, then upload them to a photo site such as Photobucket, you can then post the pictures with a link to there.

Don't worry if you can't, it's just a thought that's all.

Ten years ago this week the first ever Emirates flight from Birmingham took to the skies with 278 passengers on board. A decade on the service has become so successful the airline is currently offering 870 seats per day on the route.

Over its ten-year link with Birmingham Airport, Emirates has carried 2.7 million passengers and 76 million kilos of cargo; and its route to Dubai has recently overtaken Amsterdam, Edinburgh and Paris to become the second largest in terms of passengers carried.

Paul Kehoe, the airport’s chief executive officer, said: ‘Emirates’ Birmingham service is a real success story. It has grown from strength to strength, with Dubai leaping from our eighth most popular route in 2006 to second place this year. Its success is partly due to the ease of flying to Dubai and beyond from their local airport.’

This year Emirates has opened a new £1.3 million lounge at Birmingham Airport and increased capacity by 22 percent over the summer by introducing a larger Boeing 777-300ER aircraft onto its evening flight.

Having recently used the EK BHX-DXB route (and onwards to Australia) I can vouch for the excellence of BHX and the airline.

If my experience is typical I'm not at all surprised at this news. 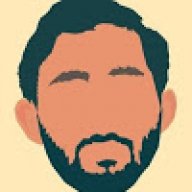 I hope Emirates introduce either a third daily service this year or an A380 on their midday route. It was planned for 2008 but nothing came of it.

I echo these sentiments.

I found the Emirates link from BHX extremely useful and efficient. Much better than having to go to LHR which is about the same distance as BHX from where I live.
You must log in or register to reply here.
Passenger with reduced mobility?
Share:
Facebook Twitter Reddit Pinterest Tumblr WhatsApp Email Link
Top Bottom