Fascinating video taken apparently in 1987 and features a Britannia B 737-200 and a similar aircraft operated by Hispania. A Paramount MD83 is shown doing some sort of pass, seemingly either a familiarisation flight or a delivery flight. I remember seeing Paramount aircraft flying circuits in the weeks leading to the commencement of their operational programme.

The video is not of the best quality but serves to show how much the BRS infrastructure has improved in the intervening years.

In the quieter moments on the audio of this video you can pick out the interference from the Marconi S264 radar that used to be located low down on the southeastern corner of the airport: it used to cause the same 'noise' on our TV at home sometimes. A good radar, but the blips at range were massive. 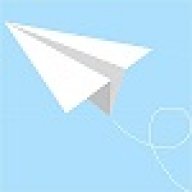 It's always great to see video of ye olde days. Would be fun to see more from inside the airport too.

There's this one on YouTube. First 50 seconds deals with Whitchurch but thereafter it's Lulsgate with some brief internal shots of the old terminal. I think this video was playing on a continuous loop at the airport a year or two ago. There was certainly something similar in the arrivals part of the terminal, landside.

Although I've never been a collector of aircraft registration numbers I did record the names of the 732s we flew on in my cine notes of the trips. We flew on all the above, some more than once.

My wife and I also flew on another Florence Nightingale in the 1990s, an MD-11 of KLM.

This video has been removed by the Youtube user

Great footage, thanks for posting

I hadn't realised there wasn't a dedicated thread for this although I know that on occasions video links have been posted on other BRS threads to illustrate particular points.

I'll start off by linking scenes from 1987 featuring Britannia and Hispania Boeing 737-200s and a Paramount Airways MD83.

The quality of the video tape is not the greatest but it serves to give a taste of what Lulsgate was like 30 years ago when the old terminal was in business and much of the remainder of the airfield had not been developed.

The video was shot from the A38 which was immediately outside the airport boundary in those days and it was possible to get close to aircraft taking off on runway 27.

Annual passenger throughput then was just 645,000, a figure easily exceeded these days in most of the summer months. 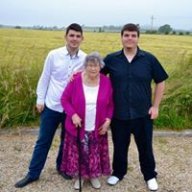 What a great idea
whenever i am up bristol i take videos and edit them to post on a certain popular video site.
Under the appropriately named BristolspotterHD

AndyMoore said:
What a great idea
whenever i am up bristol i take videos and edit them to post on a certain popular video site.
Under the appropriately named BristolspotterHD
Click to expand...

I came across this video whilst surfing YT today. It's one of yours Andy and is superb.

For the benefit of others it depicts a typical Saturday afternoon at BRS this summer (early September was the date) with a very full apron and almost non-stop comings and goings.

The ubiquitous Orange is to the fore of course but in addition there are several Ryanair, Thomas Cook, KLM, BACF Embraers and at one point two Thomson B 757s are seen lining up behind each other for take-off.

The most intriguing moment though is when a Flybe/Blue Islands ATR72 from Jersey halts part way along the runway after landing on 27 (the active runway that afternoon) and does a complete 360 degree turn before continuing on along the runway towards the western end. That incident can be seen starting around 4 minutes 20 seconds into the video.

This video was taken this summer, obviously one of the first departures of the day. It does show how crowded the small BRS apron is at that time of day. It's particularly illustrated in the first minute of the video and especially from 10 minutes in as the aircraft performs its take-off run past the apron.

Amazing video. Just shows how successful Bristol has been and long may it continue. We should be so proud

I've moved this post to the BRS Video thread. It occupied a separate thread that has been languishing in the lower reaches of the BRS threads list for a few years and newer members might not have seen it.

The link at the bottom shows British Pathe newsreel film of the Air Lingus Viscount crash at Bristol Airport in 1967 that wrote off the aircraft and involved passengers and crew in an amazing escape from death.

There is no sound with the film which appears to be a sequence of unedited shots. It seems incredible that the camera operator was allowed to wander all round the crash site as, apparently, were other people who don't seem to be officially involved.

Thursday 21 September 1967 was a day that people familiar with Bristol Airport will recognise all too well. Weather conditions were poor with lingering fog and mist patches.

Aer Lingus Viscount EI-AKK was just eight years old when it flew a routine scheduled morning sector from Dublin to Bristol. There were 17 passengers and four crew on board.

At 0759 UTC that morning KK was carrying out a radar-assisted approach (from the film and still photos I've discovered it looks as though it was using runway 09) when the flight crew attempted to correct a displacement to the right of the approach lights. They then ran into a patch of shallow fog where all visual reference was lost.

When visual reference was regained the aircraft was over the left hand side of the runway and at an angle to it at flareout height.

In an attempt to realign the aircraft with the runway the starboard wing and number four propeller struck the runway. The pilot attempted an overshoot but then saw obstructions ahead in the form of buildings so an immediate decision was made to put the aircraft on the ground with wheels up.

During the landing the aircraft ground-looped and crashed backwards through the boundary fence. It sustained major damage and was written-off.

Fortunately, there was no fire although two passengers and a stewardess were seriously injured.

Looking at the film of the aftermath it seems incredible that no-one lost their lives.

The subsequent enquiry believed that the damaged propeller seriously affected its efficiency and, in overshooting at 100 feet or a little below, the remaining engines' directional control as well as performance were probably impaired. The report considered that any delay in the decision to crash land 'might well have been disastrous'.

Probable cause: An attempt to align the aircraft with the runway at too low a height following the commander's incorrect decision to continue the approach when visual guidance became obscured below critical height.

This was in connection with the UEFA Champions League Final at Cardiff in June 2017.

Takes me back to the late 1980s when Paramount Airways operated MD83s from BRS which was its main operational base. I flew on the type on, I think, three return flights. I know that one was a TFS rotation.

I thought that Paramount was a very good airline from a passenger perspective. Crews were friendly and from this distance in time my recollection is that the aircraft were comfortable. They were also the first British airline (might have been any airline) to ban smoking on board. They kept to their principles because they did not sell any tobacco products on their duty-free rounds.

It was such a pity that after two and a half years of operation (this included three summers, 1987-1989) they went into administration that was accompanied by legal battles in the courts.

I've still got an in-flight magazine from one of the flights I took.

An pilot's eye view of an approach and landing on runway 09 at BRS. It's an A319, almost certainly easyJet, on what appears to be a decent summer's day (early afternoon from the direction of the short shadows?) in 2014 or earlier. The fact that most of the based aircraft appear to be away also suggests it might be early afternoon.

Just before touchdown it's possible to make out the edge of the city of Bristol in the distance ahead and to the left, and the hump on the runway is also visible. Further along on the right hand side of the runway is the South Side complex with its business jets, corporate shuttles, general aviation, flying club and the Centreline organisation with its fixed base operations, jet charter, maintenance, flight training and other services.

As the aircraft leaves the runway the old terminal complex including its control tower can be seen ahead and to the right, and further along the taxiway the current much higher control tower comes into view as the 319 turns right to park on stand.

The airport complex is low level (one floor and a mezzanine floor facing airside) but the entire terminal is built into the side of a hill so that incoming passengers enter at ground level airside, descend stairs or a lift to the ground floor landside from where they leave the terminal.

A good video on twitter done by jet junkies at BRS. Well worth a look.

Part 1 of my day spotting at Bristol Airport.

Great video, Jerry. Many thanks again. if you'd been there yesterday afternoon you'd have seen 'my' Ryanair land rather heavily. Have you done Dublin? it's an easy hop for you from CWL and yesterday whilst I was there at lunchtime for a couple of hours the place was teeming with aircraft including Emirates, Qatar, United and Air Canada.

Some flight and cabin crews were staying at our Dublin hotel. From their accents they were American but I'm not sure which airline. I never like to 'question' them when they are off duty.
You must log in or register to reply here.
Infinite Flight Simulator Community Forum
Share:
Facebook Twitter Reddit Pinterest Tumblr WhatsApp Email Link
Top Bottom