The rise (and fall) of Leeds United

As we have a great deal of banter on the forum regarding Leeds United I figured it was time to start a thread for them.

If Leeds United isn't your team, by all means, feel free to start a thread for your team here in our dedicated Sports Forum. 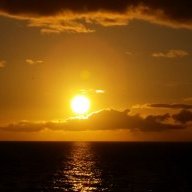 Myself? Thinking about how Leeds United were a tough team, and how a certain Chairman almost destroyed the club and then the fans that caused havoc. My lot ( Manchester United ) have a dreadful history and I was always in fear of a beating or worse when going to matches when United were visitors, but matters improved following the European ban.

I think I am looking forward to next season and some tasty fixtures if Leeds gain promotion.

JENNYJET said:
Myself? Thinking about how Leeds United were a tough team, and how a certain Chairman almost destroyed the club and then the fans that caused havoc. My lot ( Manchester United ) have a dreadful history and I was always in fear of a beating or worse when going to matches when United were visitors, but matters improved following the European ban.

I think I am looking forward to next season and some tasty fixtures if Leeds gain promotion.
Click to expand...

My abiding memory of Leeds United is that of an eleven year old who watched them play away at Bristol City in the old Second Division (today's Championship) in 1955 because in their side that day was the great John Charles.

We football-mad youngsters in those days could only hero-worship from what we read in the sports section of newspapers (if many of us read those) or football magazines, although apart from Charles Buchan's Football Monthly I can't recall many others then. Nevertheless, John Charles was known to any self-respecting kid who followed football. I don't think I even minded that Leeds United beat Bristol City 1-0 that day as I had seen John Charles play.

He was to attain even more recognition in the years ahead when he played for Juventus in Italy.
X

From this weeks EFL covid testing, Leeds have 1 tested positive.

Well then, they are back in the top division in England. The fixture list will make interesting reading and I expect heavy policing at regional derby games! I am feeling nervous based upon past events but hopefully Leeds United have stronger financial rigour in the boardroom and no flakey chairman! 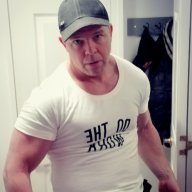 Forgot we had a thread for Leeds utd on here, well done with the promotion over the weekend, back where they belong!

But for how long?

One of two things will happen to LUFC - they will remain in the Premier League for a number of years, possibly a lot of years, if the correct investment comes in. And they invest in the team etc. Could Bielsa become what Alex Ferguson did to Man UTD to LUFC?

Or they'll come straight back down the other end next season.
R

Now if you could do us a favour and beat Charlton on Wed I'll be very grateful indeed (hoping Blackburn can do the same at Luton).

bet they will be some massive crowds outside elland road on weds night once again! From what ive seen at the few games ive been to this season they play now at premiership level if not better! 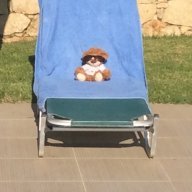