That was under Kevin Steele. He didn't last long.

Full schedule with the route being Dhaka-Manchester-Sylhet-Dhaka.

jfy1999 said:
Full schedule with the route being Dhaka-Manchester-Sylhet-Dhaka.

Where is Sylhet ? Not heard of this place ?!!
U

The fifth largest city in Bangladesh apparently. An airport with few flights to anywhere other than Dhaka. But this is also the route Biman's Heathrow flight takes, flying Dhaka-London-Sylhet-Dhaka. 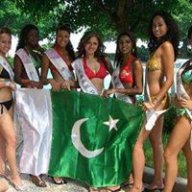 It is Great News - Birmingham has largest Bangladeshi Community in the country outside the Capital - BIMAN Promised Birmingham this route so sad to say good luck Manchester - hope they will do well. BIRMINGHAM INTERNATIONAL LOVE YOU BIMAN …..

and the formal announcement.


"It is estimated in excess of 55,000 people travel between Manchester and either Dhaka and/or Sylhet. "

Why did Biman not last long when they flew 2011-12, hopefully the route should be more of a success this time, I suppose the airport in a far better place now than back then.

Biman Bangladesh Airlines (BG, Dhaka) is planning to increase its fleet from the current 18 aircraft to 50 by 2030 as part of its network expansion including routes to the United States and Japan, Chief Executive Mokabbir Hossain told local daily New Age. Mokabbir underlined in an interview...

There was another article recently (will have to dig it out) that confirms that the JFK and YYZ flights will be 3 weekly each, meaning Biman will be seen a minimum of 12 times per week at MAN (3 each way for both routes equals 12)
L

We want to connect Dhaka to Toronto via Manchester as we find the route financially viable for us…now we are looking for permission for three flights a week on the Dhaka–Manchester–Toronto route’.

And, he said, they were also approaching the US Federal Aviation Authorities for Dhaka–Manchester–New York route and the authorities would be inspecting the Dhaka airport shortly in this regard.

The loss-making Dhaka–New York flights of Biman have remained suspended since July 2006.

‘If we operate three flights a week, the route can be viable,’ said Mokabbir.
Click to expand...

National flag carrier Biman Bangladesh Airlines Limited has planned to increase its fleet size up to 50 aircraft from the existing 18 by 2030. Biman...

Biman Bangladesh (BG) – Terminal switch from T2 to T1 from 01June. This date also coincides with the change from evening to 1140/1345z Tue and Thu, Sun remains in the evening.

News | Bangladesh and the USA have reached and open skies agreement, and Biman Bangladesh still aim to launch its Dhaka-New York JFK via Manchester route in summer 2021.
You must log in or register to reply here.
New to Forums4airports? Introduce yourself here....
Share:
Facebook Twitter Reddit Pinterest Tumblr WhatsApp Email Link