Whilst there is nothing happening at BHX or indeed any airport, the rest of Birmingham continue's to boom.

This is my latest pic of the growing core at 103 Colmore Row, and it is growing lads. Upwards

2nd crane is due in a couple of month.

At last, something exciting

Ray Finkle said:
At last, something exciting
Click to expand...

I have now started my time lapse video of the construction of this tower (103 Colmore Row) from start to finish, but you will have to be patient as it wont be fully built for a couple of years.

My final photo's of 3 Snowhill. It has been a pleasure watching you grow over the last 3 years. Rumour going around that BT have taken most of the office space at this huge building which is great news for Brum becouse that will mean we need more 3 Snowhill's and more 103 Colmore Row's.

Whilst 3 Snowhill is nearly complete, the effect it is having on the area and nearby 103 Colmore Row can be seen in the below photo's with new cranes and new developments being built around it. Birmingham is being transformed in front of our eyes and HS2 or no HS2 YOU AINT GONNA STOP US.

Construction in the West Side of Birmingham City centre on a soggy summers day.

Photo credit to Bear Would Ian on SSC

Tower crane base can now be seen on this construction site to build The Mercian, a 42 storey residential tower.

Thanks ever so much for the continued updates mate, they are very much appreciated

Some of the lights on top of the poles have been switched on at the new Centenary Square and they look really good in the dark, once we have all the lights plus a dancing water feature it will look spectacular and a tourist attraction in its own right.

Metro winding its way through the big city 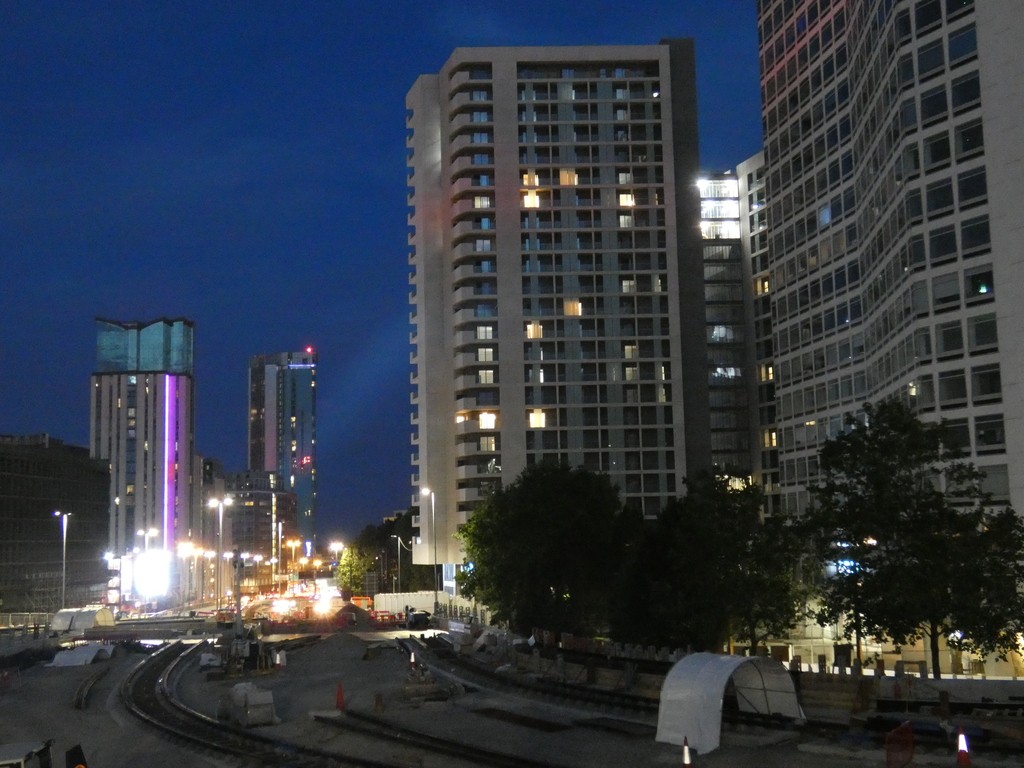 Brum X said:
Some of the lights on top of the poles have been switched on at the new Centenary Square and they look really good in the dark, once we have all the lights plus a dancing water feature it will look spectacular and a tourist attraction in its own right.

I walked through yesterday and it really is looking good

It was great to see real progress on Arena Central and Paradise although the Bank Tower seems to be taking a while. Just waiting for 103 Colmore Row and The Mercian to pop their heads up 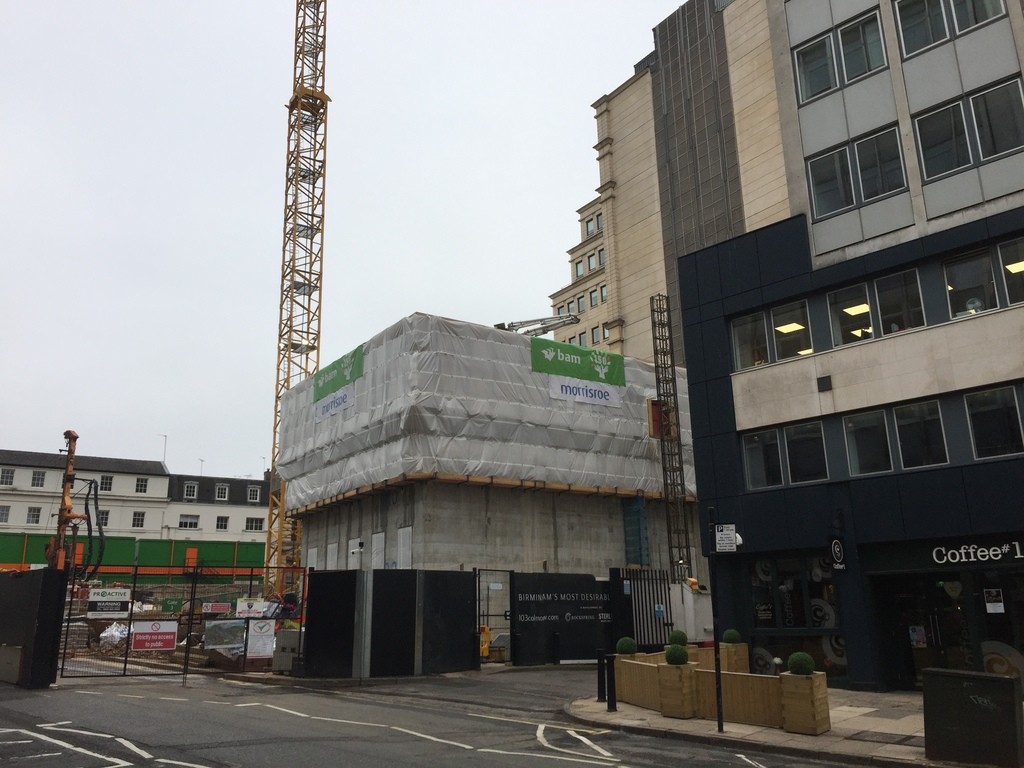 Just had a tweet from MODA life and the first tower crane for The Mercian will be going up at the end of this week.

Loving the pictures of Centenary Square. 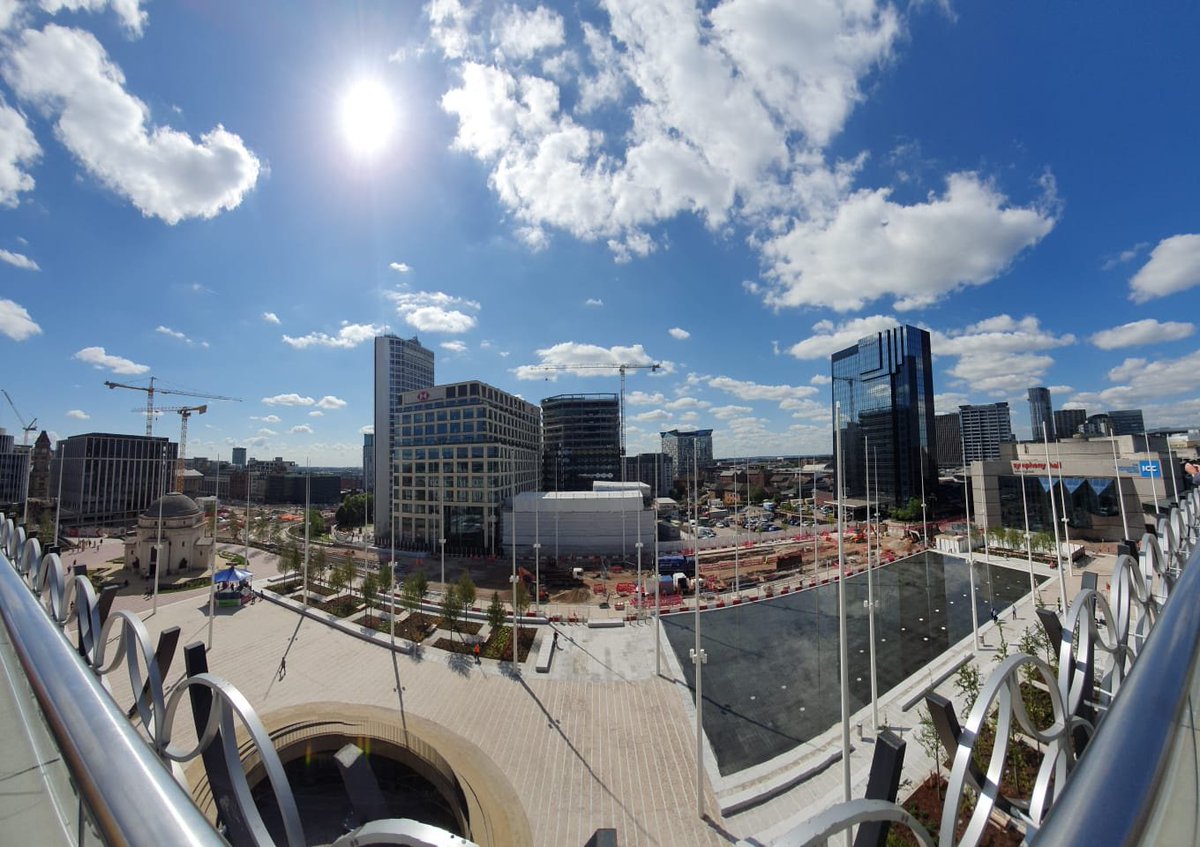 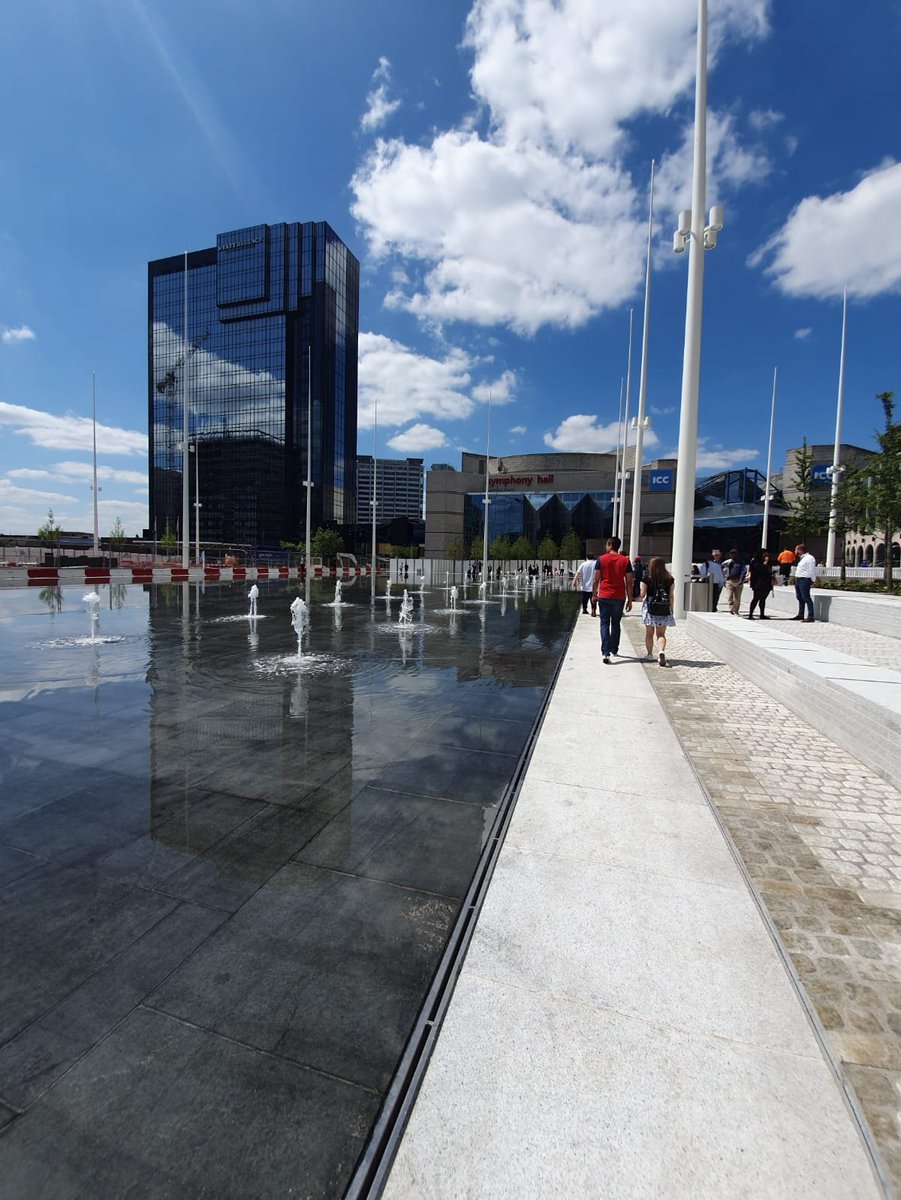 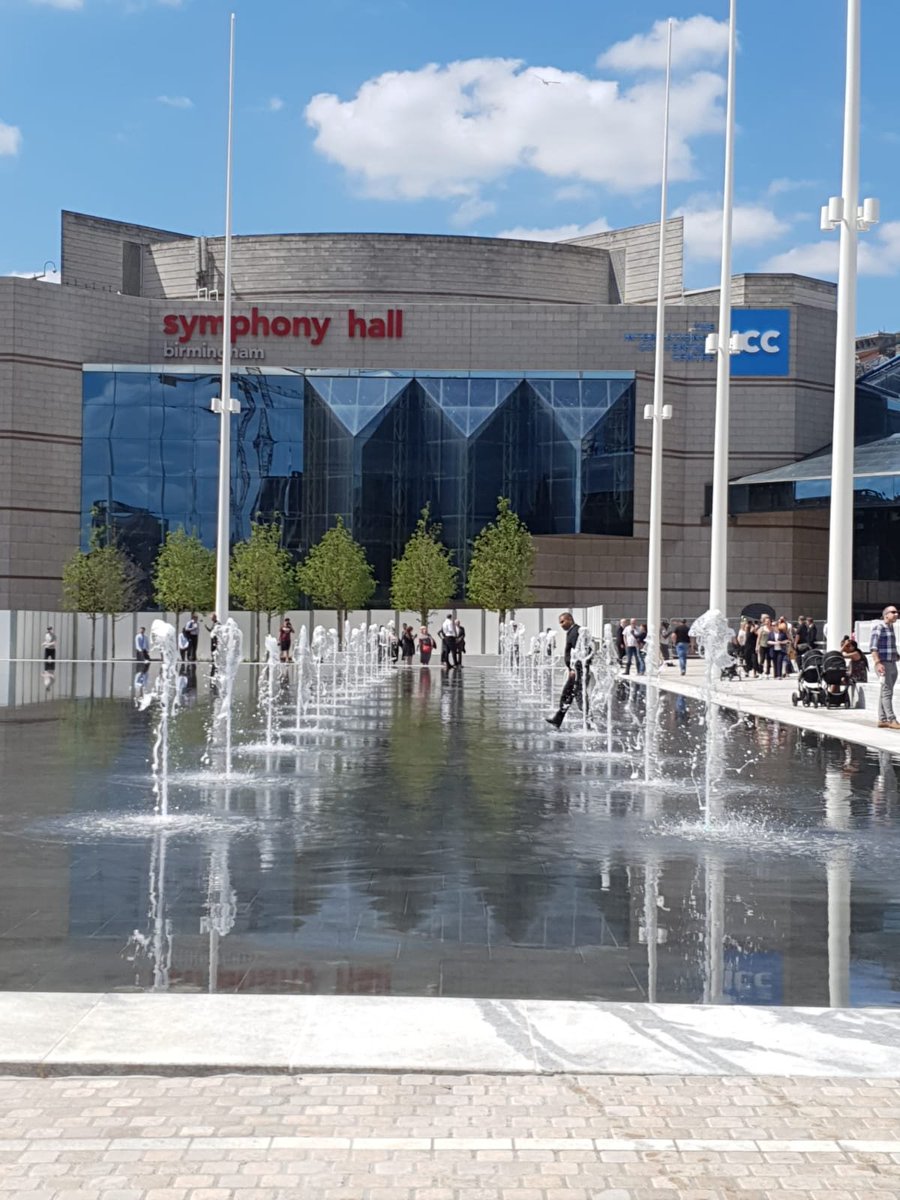 Tower crane going for The Mercian 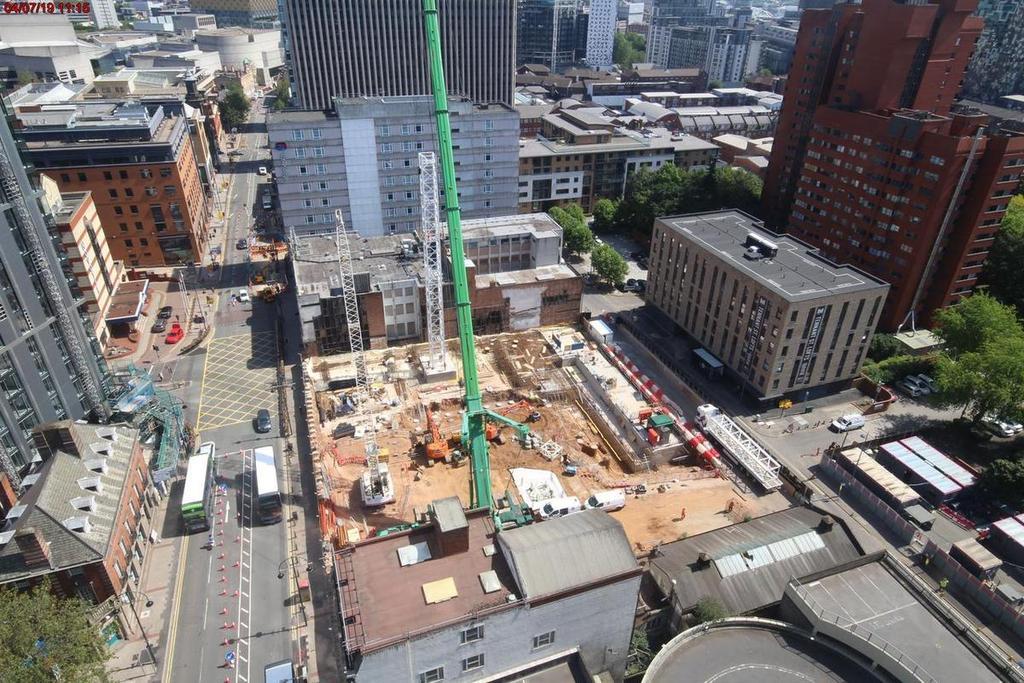 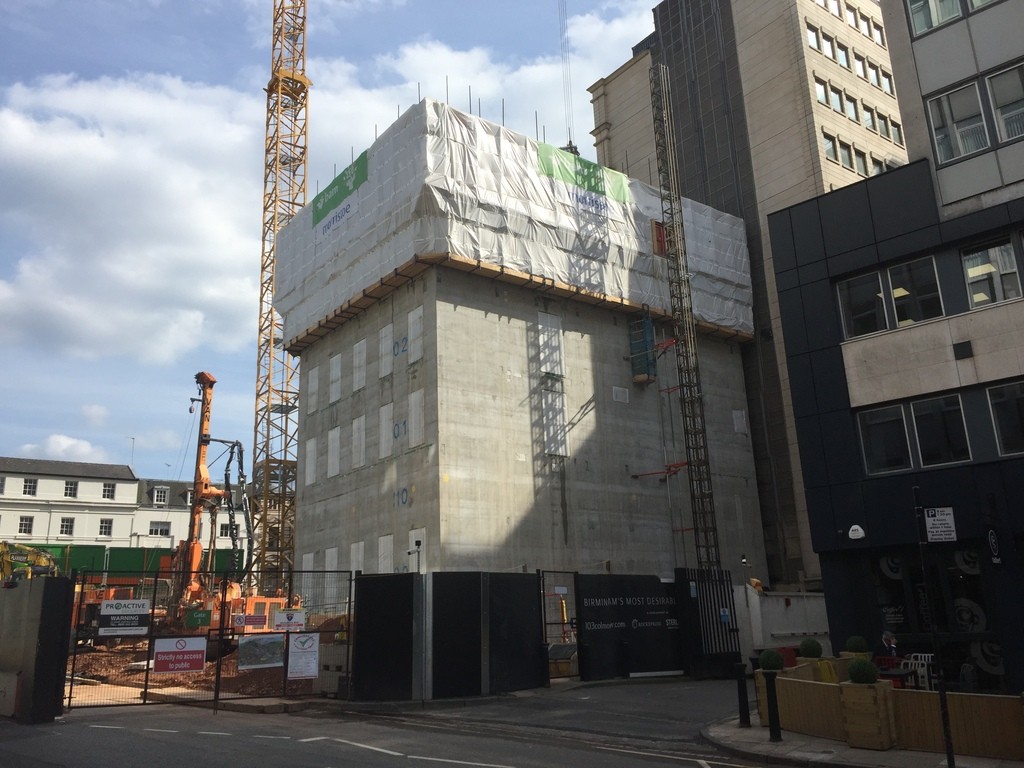 Yes Birmingham has some nice water features plus of course the canals but despite the the often quoted more canals than Venice thing it is not really in their league for the general publics perception re tourism etc. Not knocking Brum in anyway as its "my city" although I now live about 20 miles outside the city boundaries and have done so for a longtime and I still have my Brummie twang.

In my opinion the truly great city's of the world are mostly either built on a major river or on/near the coast e.g. Sydney, New York, San Francisco, Paris, Rome etc. and of course London all bought about by the fact that the water facilited transport of goods and people.
R

Despite having a £300,000 restoration in 2010 the main fountain, The Floozie in the Jacuzzi, was permanently switched off three years later 'to save costs'. In 2015 it was filled with plants and remains that way to this day

Images from Wikipedia with full credit to the photograph takers.
R

Ray Finkle said:
I sense plenty of @Brum X photo updates in the not too distant future
Click to expand...