Bentley's moved into the short-stay car park shortly after the New Year and have commenced work on the alternations there. On the plans there is to be a new mini roundabout within the car-park on the higher lever. New entrance and exit barriers will be installed which will ease the traffic considerably when complete.

On the bright side, it appears like there is plenty happening with surveyors and architects milling around the terminal, so it looks like the plans are progressing despite the shortage of information coming from the airport authority. 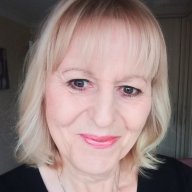 Over on the other side of the terminal building, does anyone know (Aviador?) if the re-surfacing work has commenced yet on the runway. If not, does anyone know why and when it will start? The night closure this winter was specifically aimed at getting the runway done before the summer season starts.

I'm afraid to say, nothing other than exploratory work has been done with regards to resurfacing the runway.

Disappointing news about the so-called walkway that is to be built on the ramp. I understand it is only to be built in a bus stop style fashion and wont be built in a permanent structure. The new bus stop style will go from around the stand 8 area to around stand 12 at ground level. On the plus side at least it will keep people a little dryer.

There must therefore be a risk that the runway resurfacing won't now happen this winter after all. I think I can feel a question coming on at this months Consultative Committee - ie Why was the airport closed early over the winter to allow this work to happen yet nothing has been done. It may be something that the airport tell us anyway as an update to the last meeting minutes, and if I find anything out, I will let you all know.

Thanks White Heather an update would be great. I get a feeling it's been stalled by the CAA.

CONTROVERSIAL plans to expand the terminal building at Leeds Bradford Airport, creating up to 3,000 jobs, have gone before planning officials. See a preview of the proposals here.
The scheme, announced by the airport's new private equity owners Bridgepoint, is at the centre of a £70m masterplan to increase passenger numbers to five million a year by 2013.

But local residents have complained about increased traffic and aircraft noise.

"At the moment, we have an awful lot of people travelling from our catchment area across the M62, " he said.

An extra £450,000 is expected to be spent on improving access roads to the airport, as well as a feasibility study exploring the possibility of a light rail link.

Mr Parkin said the expansion was needed for the airport to offer more medium and long-haul flights, a key element of the plan to raise yearly passenger numbers from 2.9 million to five million.

"It is a big investment project, notwithstanding the current economic environment, but we have a great deal of confidence that it will go ahead, " he said.

I just want it on record that as a local resident, I totally welcome more aircraft movements and noise. I live less than 1 mile from the airport and it doesn't bother me. I bet most of the moaners are quite happy to do the M62 run!!!!

I say the same bigman - I am under 2 miles from runway 32 and right under the flight path and even in summer, with windows open etc, flights do not cause us a problem, even during the night. This terminal development is needed frankly, whether or not the passenger numbers increase as the terminal is at bursting point already. The Councils sold the airport to Bridgepoint fully aware of their plans to develop the terminal, so it would be rather pathetic if now, having got their money, they turned down the application for any reason other than tweaking the design.

Apart from anything else, it would be crazy in the current situation to turn down something that will bring jobs to the airport and surrounding area. I don't view their plans as even slightly contraversial.

I have been told that work is to commence on the new passenger walkway next month. The work involves moving the airside road and apron lighting.

I drove past the airport earlier today. The airport is looking very much like a building site at the moment which is good to see. It should only be a few weeks until a decision is made by Leeds City Council about the proposed terminal extension. I'm sure permission will be granted. Lets just hope that the 'swampies' don't get in the way of things and dampen our spirits. No doubt groups such as Plane Stupid will start getting involved once the contractors start moving in.

I am sure security or the Police will have fun unchaining them from the gates!!!!

Shouldn't they be called 'Plain Stupid' rather than 'Plane Stupid' - because that is exactly what they are. At least there are no trees around the terminal for them to sit in!

Not even any plane trees? :shok:


TheLocalYokel said:
Not even any plane trees? :shok:
Click to expand...

We have a Plane Tree Hill opposite the airport will that do? :tease:

That'll do nicely (what was the tv advert that used that 'catchphrase' a few years ago?).

On a serious note, some of the actions these 'environmental warriors' get up to are often inherently more dangerous than the matters subject of their protest.

Whilst the majority of environmentalists are motivated from genuine (though frequently misguided) desires to rid society of what they see as unwanted developments, there is a minority (probably those who attach themselves to many protests) who will go far beyond democratic means of registering protest.


Aviador said:
Disappointing news about the so-called walkway that is to be built on the ramp. I understand it is only to be built in a bus stop style fashion and wont be built in a permanent structure. The new bus stop style will go from around the stand 8 area to around stand 12 at ground level. On the plus side at least it will keep people a little dryer.
Click to expand...

It is a strange thing to cancal, as compared to the rest, the cost will be low. At the Consultative Committee, there was a lot of criticism about passengers having to face the elements whilst walking to the terminal, but also from the terminal to the aircraft, especially when the distance doesn't warrant one of the buses. Perhaps though, the bus top style shelter running along the side of the apron, which is in an elevated position, didn't go down too well with the planners. Certainly, it would not have looked too good. If they are going to do something like this, it would be better to do it properly, building something that doesn't look too ugly, or like a temporary solution.

Some good news about runway works. I have been informed that work to the runway will commence from tomorrow and is expected to take around 7 weeks to complete. The equipment taken into the airside area today looks to be heavy gear so it would appear that the work will be more substantial than that carried out on previous occasions.
You must log in or register to reply here.
Share:
Facebook Twitter Reddit Pinterest Tumblr WhatsApp Email Share Link
Top Bottom
AdBlock Detected
Sure, ad-blocking software does a great job at blocking ads, but it also blocks some useful and important features of our website. For the best possible site experience please take a moment to disable your AdBlocker.