White Heather said:
I don't know if anyone remembers, but for one summer season, I think in the mid to late 1980's we actually had an Iberia A300 operating IT flights to Palma every week, which was nice to see. Apart from that, I think they have only turned up at LBA when Spain played France in the 1996 European championship match at Elland Road.

There is quite a long list of Spanish Airlines we no longer see, most of which have disappeared now. Apart from Futura, Spanair, Air Europa, there was Hispania, Spantax and more recently LTE. plus I am sure,a few others. Next summer must surely be the first one ever though with no spanish airlines although there is time for things to change again yet.

Aviador said:
I flew on Hispania just a few weeks before they went bust. I loved their livery.
Click to expand...

Me too, in fact I bought a Wooster model of one of their 757's which I still have. I suppose it might be quite sought after amongst collectors now, given that the airline ceased operating around 20 years ago.

I could see the airport apron from my house at that time, and can vividly remember seeing their 757 and 737 parked up after being impounded, and then watching through binoculars, as a guy on an extending platform, spray painted the tail of the 737, covering its livery and painting it plain white, out on the apron!!!

Did Aviaco operate into Leeds during the 1980s?

Their blue and white DC 9s were a familiar sight at many UK airports during this period.

At that time they operated into the UK on behalf of the International Leisure Group (ILG) whose best known company was Intasun. Gradually ILG's own aircraft (Air Europe) took on the Aviaco routes until ILG and Air Europe went bust at the end of the 80s. Its associated Spanish company, Air Europa (whose livery was identical to Air Europe at that time), flew on.

Aviaco was virtually owned by Iberia in the 80s and indeed sub-chartered some of Iberia's aircraft for charters including A300s - probably this was what was seen at Leeds. An Iberia A300 at Bristol aquaplaned off the end of the westerly runway in heavy rain and all but came to awful grief above a steep slope.

That sounds a rather familiar scenario, but at Leeds it was British Airtours Tristar G - BBAI that ran off the end of the runway and finised up pointing down hill, teetering on the top of the embankment at the end of the runway, which, incidentally, runs right down into a disused water resevoir, so things could have been much worse. That flight was operating for Intasun from Palma, and I think you are right in that the Iberia A300 was also operating for Intasun on the same route, and was chartered by their sister company, Aviaco. I do seem to recall seeing Aviaco DC9's around, but I don't think they were ever a really frequent visitor to LBA - perhaps a couple of summers.

Strangely, now you mention it I do remember your A300 aquaplaning off the Bristol runway, as like our Tristar, it made the national news at the time.

I believe from memory Aviaco also operated the DC8 into LBA occasionally.

Again on second thoughts,Spantax operated Corronado's so it was Aviaco.

You are right - Spantax operated the Coronado and Aviaco one of the few airlines to ever fly a DC8 into LBA. I always wanted to see one but never did, and I was really disappointed to miss the Rich International DC8-63 that operated into LBA carrying troops I believe. At the time, that was a seriously big aeroplane! 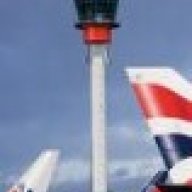 Unless my memory is playing tricks, Worldways operated Tristars to LBA on the Toronto route - I have a photograph of one backtracking runway 32 around 1985 ot 1986. I don't remember them operating DC8's although there may have been the odd one in place of the Tristars - I have never actually seen a DC8 at LBA and I seem to recall that they were rather a rare visitor.

I had an office meeting every Thursday morning,and I made sure that I sat where I could see that particular flight. Most were in fact DC8s. They looked quite good from the upper floors of Rawden House! The RAF brought Tristars in just after the BA one flopped off the end of the runway, to test the runway.
From time to time I used to meet a fellow enthusiast who took photographs of the BA Tristar landing, and it showed that the pilot made a complete mess of it. It was well passed the intersection of the two runways. 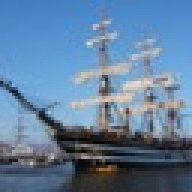 Cyprus A/W operated an Airbus A310 LCA-LBA-NCL-LCA in 1990 as I have a slide taken in April of that year.

Well in that case I am somewhat upset that DC8's were coming in and I never knew, otherwise I would have made sure I saw one. Well at least I have the Worldways Tristar in my photo collection and from what you say that was a relatively rare visitor.

I do not remember the Cyprus Airways, but I do remember that for a season we had Eurocypria, (flight code ECA) which might well be Cyprus Airways' charter side, and they did operate to Larnaca, and it was certainly an Airbus of some description, probably the A310 as you say Seasider. 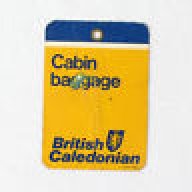 I love this nostalgia section, the worrying thing is that I remember all of these visitors. The airport always seemed so much more interesting in those days.

No doubt someone will now be able to prove we have had one or t'other in which case it is probably time for me to book my place in the old people's home even though I'm only 55!! (Some who remember the Peter Kay ad on TV for John Smiths :drinks: will remember the significance of that age, althoughI hasten to add that you cannot fit a snooker table in my bedroom and I most certainly don't have moustache!)
E

...we'd have nothing left of the runway hard shoulder!

Thanks for that, I thought it was a negative , well maybe one day.

I do believe we have had a Boeing 747-400 of Corsair, I can't provide the evidence though.
E